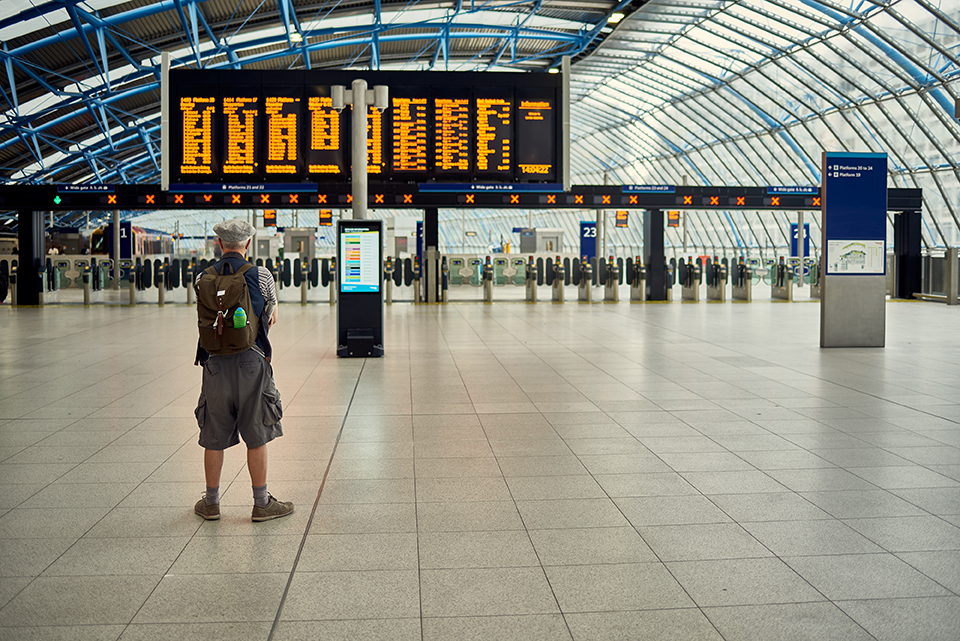 Wrath of Diseases - Where's It Safe To Travel?

In our new COVID-normal world, we’re all rightfully nervous about overseas travel. As conference planners, we’ve always been mindful of the health and safety conditions in destinations and have ruled some destinations purely because we couldn’t take the required steps to protect our staff and participants from one particular disease or another.

Thankfully – a new study by LetsGetChecked, a health insights company, reveals the most dangerous countries around the world when it comes to the risk of disease outbreaks for international travellers. The study uses more than three decades of data to reveal the most common locations of outbreaks as well as which diseases pose the greatest threat to travellers.

Data from the World Health Organization (WHO) shows the worst countries for disease outbreaks, with a number of hotspots revealed across the world alongside the threat of COVID-19. The study, “Wrath of Diseases by LetsGetChecked,” examines 24 years and more than 2,800 disease outbreaks to reveal the most common infectious diseases and the countries that pose the biggest threats.

Data shows that six of the top 10 countries with the highest number of outbreaks are in Africa, with a combined 1,060 outbreaks happening in the continent over the last three decades.

The country with the highest risk is the Democratic Republic of Congo, with 242 outbreaks recorded since 1996. Throughout 2020, as well as dealing with the threat of COVID-19, the Congo has battled 110 cases of Ebola, which has led to 47 deaths.

China, which reported the first instance of COVID-19, has seen 184 outbreaks in the last 24 years, followed by Indonesia (147 outbreaks), Egypt (114 outbreaks), and Uganda (77 outbreaks) also making up the top five high-risk countries.

Ranked at number eight, the U.S. has had 52 reported outbreaks since 1996, with more outbreaks reported than neighbouring countries, Canada (21 outbreaks) and Mexico (nine outbreaks).

The data also reveals that there are 26 countries that have only had one outbreak in the past three decades, with the Caribbean ranked as one of the safest areas in the world. The six Caribbean destinations of Barbados, St. Vincent and the Grenadines, St. Lucia, St. Martin, Suriname, Trinidad & Tobago have seen only one disease outbreak each since 1996.

Across the globe, the most frequent outbreak in the last 24 years has been Avian influenza, which has seen 607 outbreaks. This is followed by Middle East respiratory syndrome (MERS) with 298 outbreaks, Ebola (295), Cholera (279) and Yellow Fever (167). 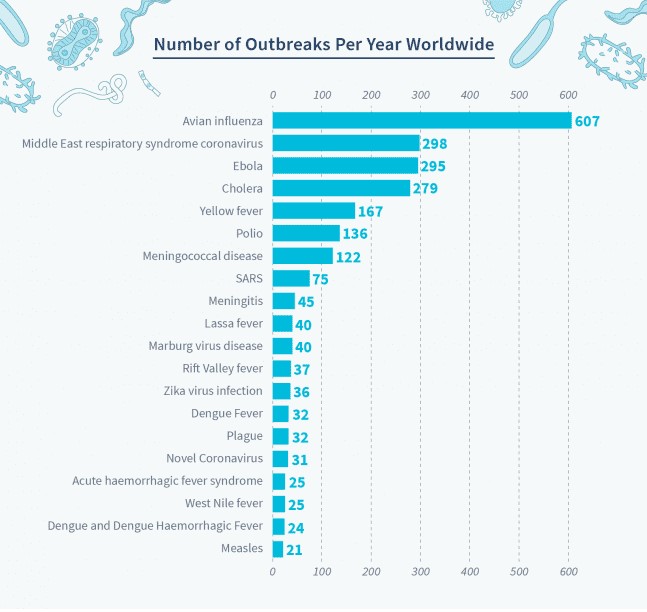 Commenting on why infectious diseases are on the rise, Zara Fullerton from LetsGetChecked says it is important to note the reasons for these global outbreaks include climate change, which leads to extreme weather events such as storms and floods that are often followed by an increase in infectious diseases.

“Outbreaks of diarrheal and respiratory illnesses can occur when access to clean water and sewage systems are disrupted and people are living in crowded conditions,” Fullerton says.

“A temperature rise may also increase the spread of vector-borne infections such as malaria, dengue, Zika and yellow fever. Other factors such as urbanization, population growth and an increase in antimicrobial resistance will also impact the spike in outbreaks arising.”

Fullerton says certain areas of the world are also experiencing rapid population growth leading to more outbreaks of disease. For example, the population of Sub-Saharan Africa is increasing at a rate of 2.65 percent per year, more than twice the highest rate of population growth experienced by high-income countries since the 1950s. “Rapidly growing populations may increase the risk of infection due to poor sanitation, high population density, and limited healthcare access.”

Speaking about what the future holds, Zara says it is very difficult to predict, but it is likely that new diseases will continue to emerge. “The greatest challenge may be anticipating the next new infection and the difficulty in containing the spread of these infections,” she says.

What do you think about this report from LetsGetChecked.com? How important is the likelihood that you may or may not catch a disease when travelling to you when thinking about travel?