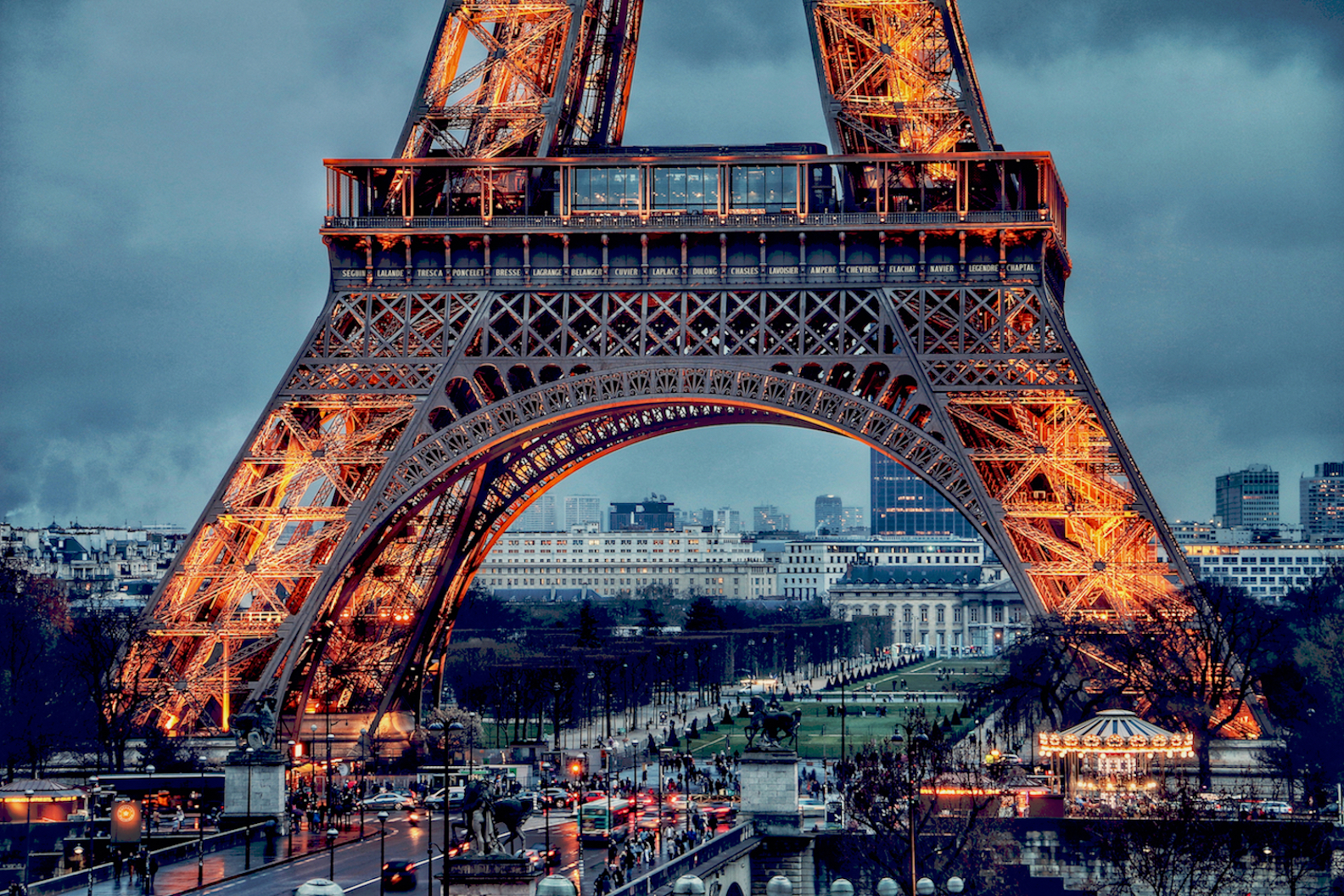 Ten places that inspired some of the world's most famous songs

David Whitley – from traveller.com.au recently published a great article that got us thinking about the cities and places we’ve been that have been made famous by song.

It brought to mind a tour that my own brother used to run when he worked for a hostel in Los Angeles that took participants past a number of places mentioned in different songs about that city. He included songs by Randy Newman (I Love LA), Bob Segar (Hollywood Nights), Tom Petty (Free Fallin’) and Tupac Shakur (California Love)… and drove people past or stopped at places all mentioned in the song lyrics.

There are thousands of songs that namecheck a city or country in the title, but perhaps more interesting are the songs that refer to a specific place within those cities. Whether a street, park, nightclub or lake, these following spots have inspired some of the greatest musical hits of our time.

THE DOCK OF THE BAY

FROM (SITTIN’ ON) THE DOCK OF THE BAY BY OTIS REDDING

It doesn’t take a genius to realise that the bay Otis Redding is referring to is San Francisco Bay. But the dock itself is not in San Francisco – it’s at the northern end of the Golden Gate Bridge in Sausalito. Redding was staying in one of the many houseboats Sausalito is famed for and it’s generally agreed that it was moored at Waldo Point Harbor. See Sausalito.gov 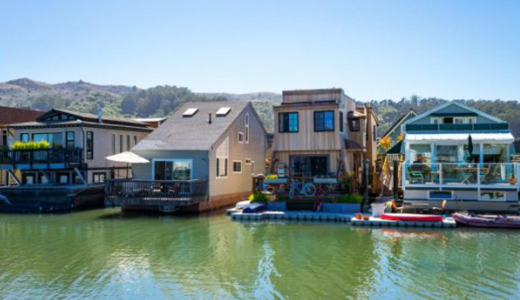 FROM STRAWBERRY FIELDS FOREVER BY THE BEATLES

The Strawberry Field referenced by John Lennon isn’t some sort of pick-your-own strawberry farm. It’s a Salvation Army children’s home in suburban Liverpool, England, and Lennon used to play in the garden there when he was younger. The site recently opened to the public, and now contains an exhibition about the Beatles. See strawberryfieldliverpool.com 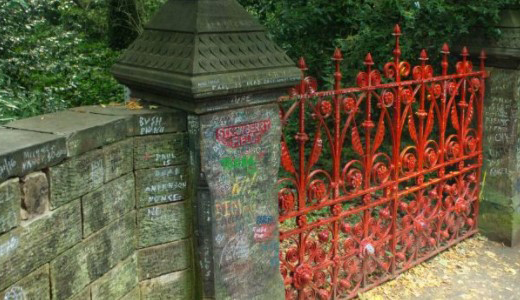 FROM SMOKE ON THE WATER BY DEEP PURPLE

Deep Purple’s biggest hit tells the story of a casino fire in Montreux, Switzerland. The casino burned down during a Frank Zappa concert when someone in the crowd fired a flare gun at the wooden roof. So, the water in question is Lake Geneva, the shore of which Montreux is built on. The casino, by the way, was successfully rebuilt after the fire. You’ll find the statue of Queen frontman Freddie Mercury just around the corner. See montreuxriviera.com 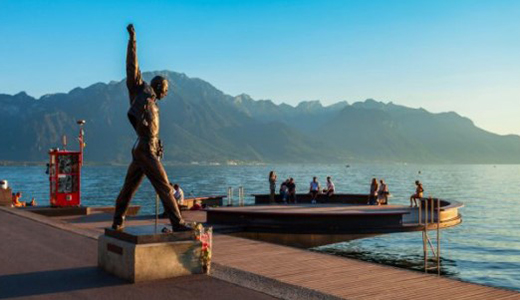 FROM WIND OF CHANGE BY THE SCORPIONS

When it was released in 1991, Wind Of Change by the otherwise little-known German rock band the Scorpions somehow became the unofficial soundtrack to the fall of the Soviet Union. It was written after the band visited Moscow. If you, too, follow the Moskva river down to Gorky Park, you’ll end up in Moscow’s main park, which will seem eerily familiar from a zillion spy novels. 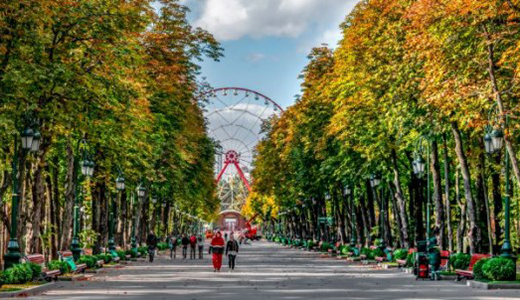 FROM COPACABANA BY BARRY MANILOW

Copacabana Beach, along with fellow notable musical name-check Ipanema, is one of Rio de Janeiro’s iconic beaches. The beach’s name, however, derives from a town on Lake Titicaca in Bolivia. So, which is Barry Manilow singing about? Well, neither. He’s actually on about a club in New York City. The Brazilian-themed Copacabana club has repeatedly reopened in different locations, and the last incarnation, in Times Square, closed in 2020. The original was at 10 East 60th Street should you wish to make the pilgrimage. 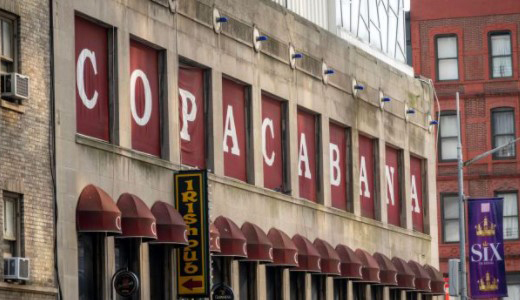 THE HIGHWAY TO HELL

FROM HIGHWAY TO HELL BY AC/DC

This song is about the grind of touring, rather than a specific road. But the frequently-bellowed song title is a reference to the Canning Highway, which connects Perth to Fremantle. The highway got the nickname during the 1970s due to the number of fatal crashes on it, and AC/DC’s Bon Scott spent a good chunk of his youth travelling down it. 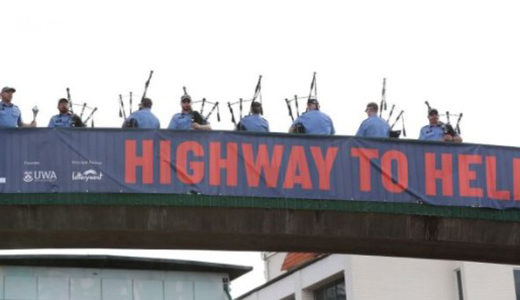 FROM ACROSS 110TH STREET BY BOBBY WOMACK

​Womack didn’t pick 110th Street at random. This street has a special significance in New York, as it separates Central Park from Harlem. Traditionally, this has been the dividing line between white Manhattan and black Manhattan. Harlem has made prodigious contributions to the world of music, particularly jazz, as you can discover on one of Harlem Heritage’s walking tours. See harlemheritage.com 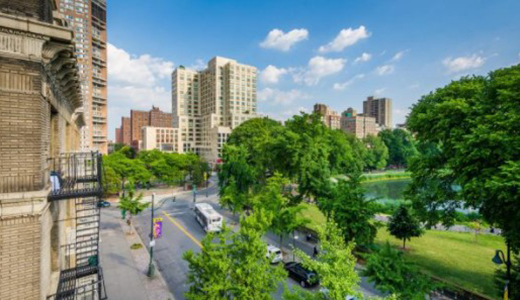 THE CASTLE ON THE HILL

FROM CASTLE ON THE HILL BY ED SHEERAN

When Ed Sheeran sings about watching the sunset over the castle on the hill, he has a specific castle from his youth in mind. Sheeran grew up in Framlingham in Suffolk, eastern England. This market town is dominated by Framlingham Castle, a 12th-century fortress. It’s open to visitors and you can go for a walk around the walls. See english-heritage.org.uk

FROM AFRICA BY TOTO

Toto’s cheese-laden karaoke death sentence features one of the most awkwardly shoehorned lyrics in pop history. “As sure as Kilimanjaro rises like Olympus above the Serengeti”, not least because you can’t actually see Kilimanjaro from the Serengeti. Africa’s highest mountain lies way to the east of Tanzania’s most celebrated national park. Stick to looking for lions and elephants on a safari instead. 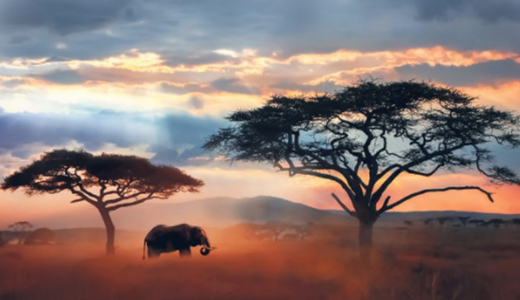 FROM HEROES, BY DAVID BOWIE

Bowie remembers standing by the Wall as “the guns shot above our heads and we kissed as though nothing could fall”. The wall in question is the Berlin Wall, specifically the section near Hansa Studios, where Bowie recorded three albums in the late 1970s. Bowie-themed walking tours of Berlin are available through Get Your Guide. See getyourguide.com 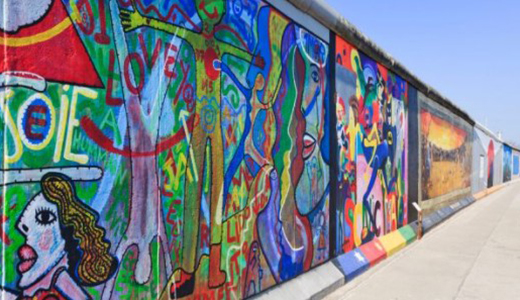 The original article can be found here: https://www.traveller.com.au/does-this-place-sound-familiar-ten-famous-places-from-songs-h2114r