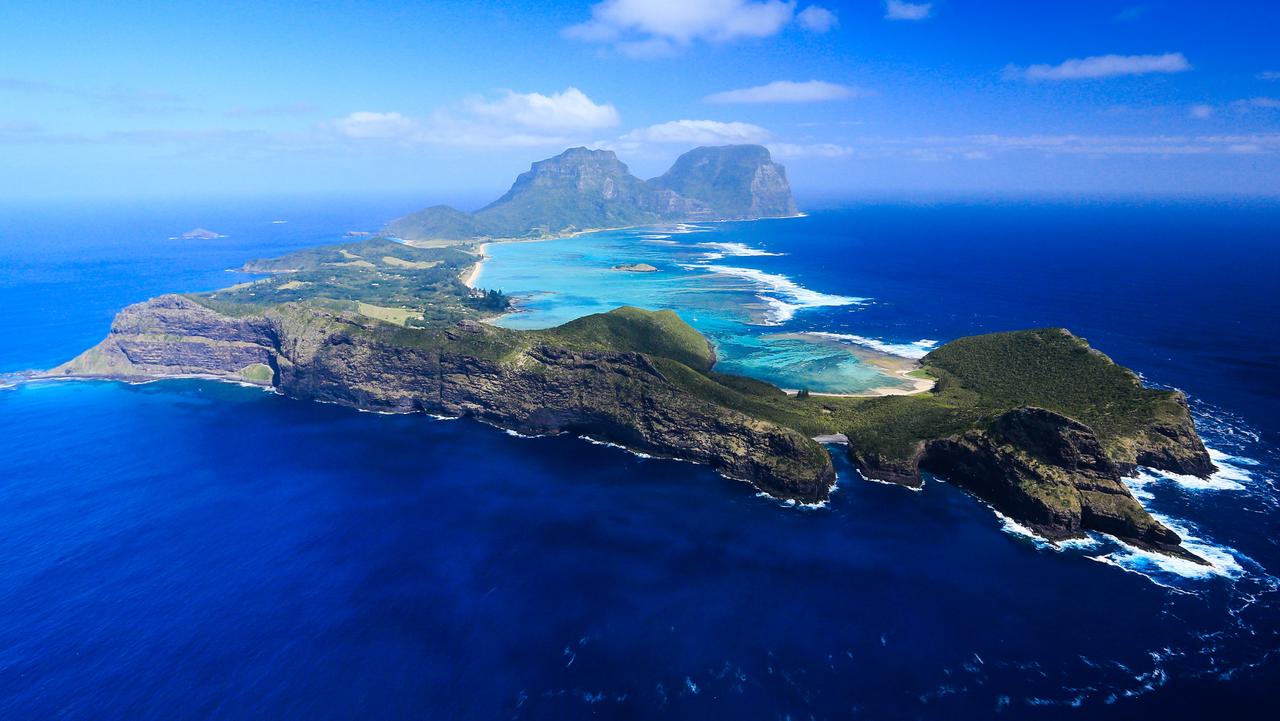 Australia has 8,222 islands….now that’s a lot! We all know of the Whitsundays, Fraser, and luxury islands like Lizard but there are lesser-known islands around the whole perimeter of our Australian coast that are well worth considering for their own unique culture, culinary delights,  wildlife, and beauty.

Here’s our list of Australian Islands we think a well worth a visit!

Privately owned Haggerstone Island is located on the north of the Great Barrier Reef. Australia’s own Robinson Crusoe Experience, its pristine, peaceful, and distinctively laid back. Lush jungle, white-sand beaches, and blue lagoons are the attraction here and with only 12 guests on the island at a time social distancing won’t be a problem. 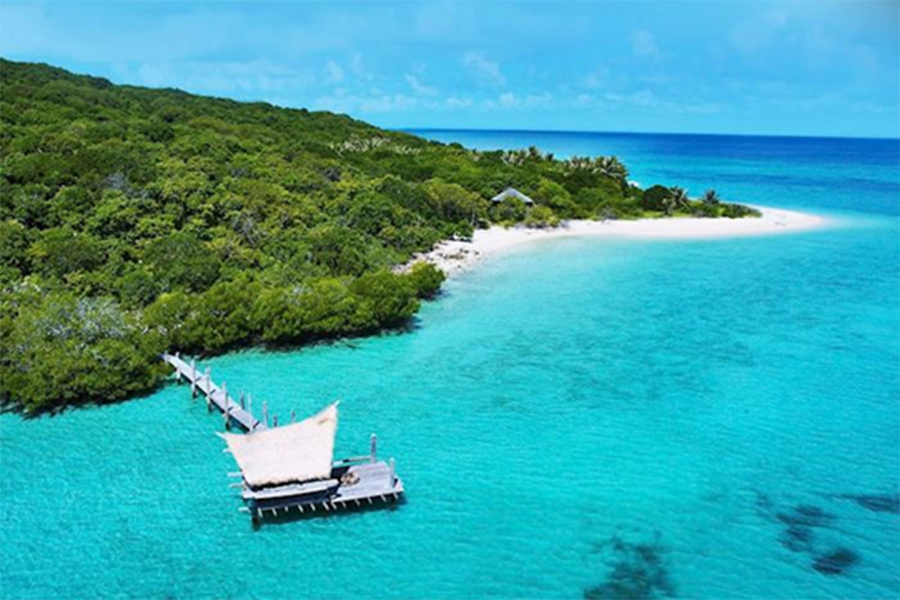 The Tiwi Islands comprise of two main islands – Bathurst and Melville Islands. Just off the coast of Darwin, most residents are of Aboriginal descent. The Tiwi people are famous for their art, which hangs in galleries around the world. Australian Rules football is akin to religion on the Tiwi Islands. Each year in March, a special event is held for the football grand final and the art of the islands which is hugely popular for those in the know. It is also the only time of the year when permits are not required to venture to the other nine uninhabited Tiwi Islands to fish and explore.

Most have heard Christmas Island for all the wrong reasons. This island is actually a diverse make-up of cultures from Chinese, Malay to European which has influenced its own distinct island culture with a range of ethnic festivals celebrated throughout the year. Closer to Indonesia than Australia, it’s a tiny dot in the Indian Ocean. Its biggest drawcard is the infamous Red Crab Migration. 40 – 50 million are estimated to live on the island and spawning season (roughly beginning in October every year) is a sight to behold. Millions of red crab leave their homes and scutter across roads and beaches across the island towards the ocean to mate and spawn. A true natural spectacle that photographers and nature enthusiasts flock to.

Located off the coast of Hobart, Bruny Island is a gourmet lover’s paradise. The pristine island not only has the freshest oysters and one of the best Australian cheese artisans on the island with farm to door sales but also has been blessed with an abundance of unique wildlife such as the White Wallaby. It also provides a haven and sanctuary to a number of endangered species including the stunning Swift Parrot and Forty-Spotted Pardalote. The island is about 50 km long but can appear to be two islands with North and South Bruny joined by a narrow strip of land called The Neck. A quick ferry ride from Hobart, it’s a perfect day trip to explore towering cliffs and rugged sandy beaches. 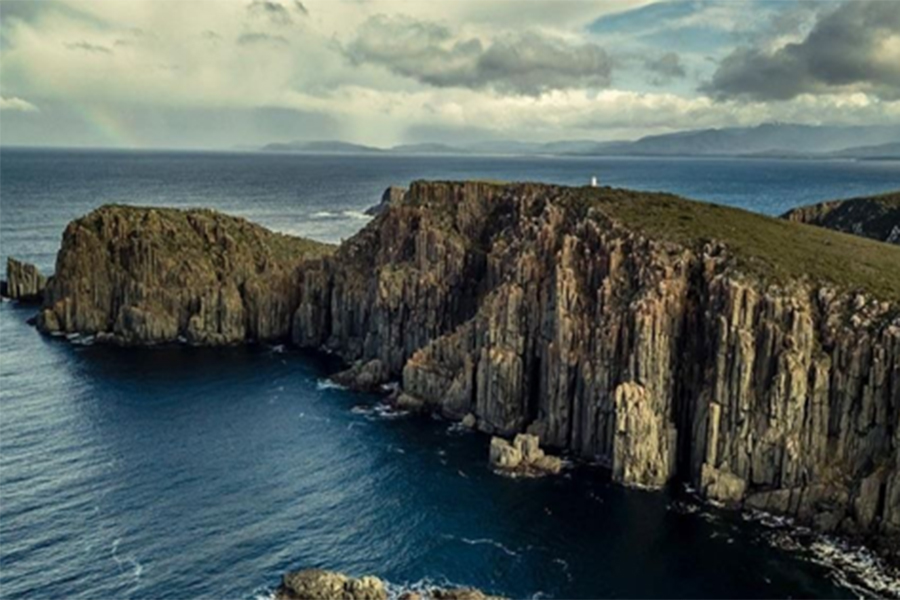 600km southeast of Sydney, Lord Howe Island is a volcanic remnant that boasts tall mountain peaks, coral pools, walking trails, and an abundance of wildlife. UNESCO World Heritage Listed,  it’s one of Australia’s most unique and untouched islands. The pristine waters surrounding Lord Howe are a unique mix of warm tropical and cool temperate ocean currents, home to over 450 fish species, and 90 species of coral, many of which only occur here. Only 400 visitors are allowed on the along at one time and with only 300 residents the pace on the island is slow. At only  11km long and 2 km wide bikes are the mode of transport to get around and explore the coastal beaches and many trails. 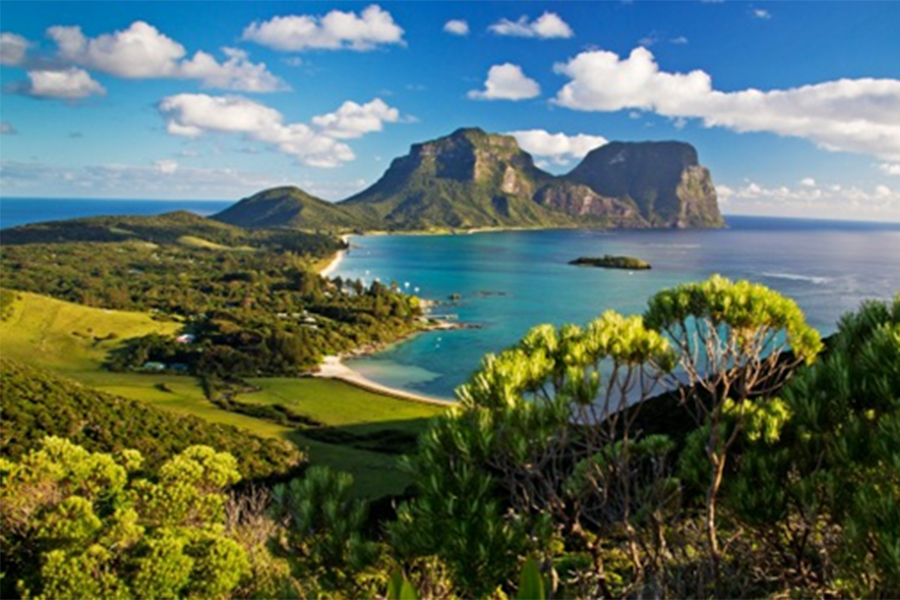 Just off the coast of Noosa is a little secret. Richard Branson actually has an Australian version of the world-famous Necker Island. Shaped like a heart, this island is a private hideaway minutes from Noosa Heads via speed boat. The island is a fully inclusive experience accommodating groups and families. All facilities on the island and meals are included. Reasonably priced it’s a private island experience without leaving our Australian borders. 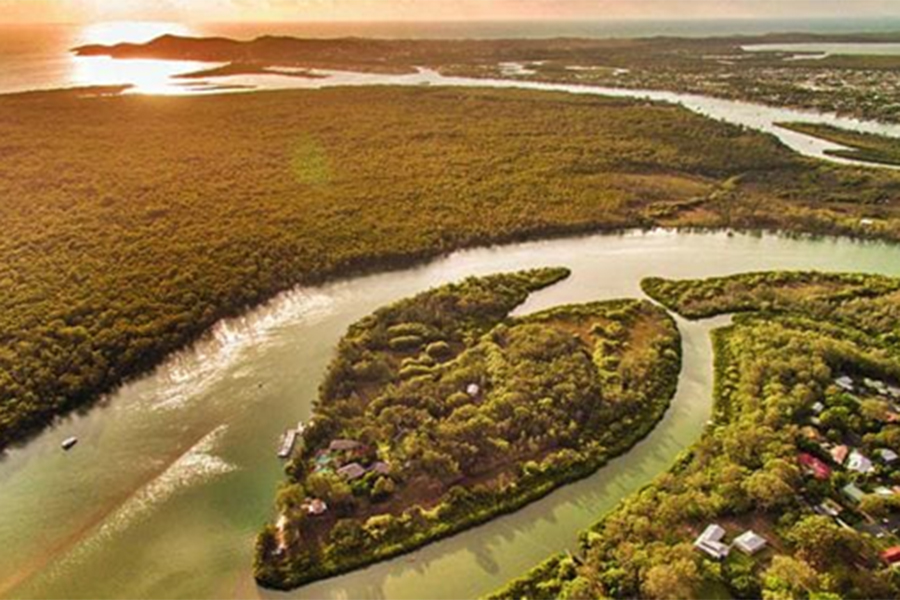 Not exactly paradise but well worth a visit, especially if you’re interested in Australia’s convict history. Located in Sydney Harbour, the island has been listed as a UNESCO World Heritage Listed Site and was once a convict penal settlement. The island is rich in history and has recently become an art exhibition hub. There are many heritage buildings & panoramic views to explore. An easy 30-minute ferry ride from Darling Harbour the island is a perfect picnic spot or an opportunity to stay in heritage accommodation on the island and delve deeper into its history with a Paranormal tour after dark. 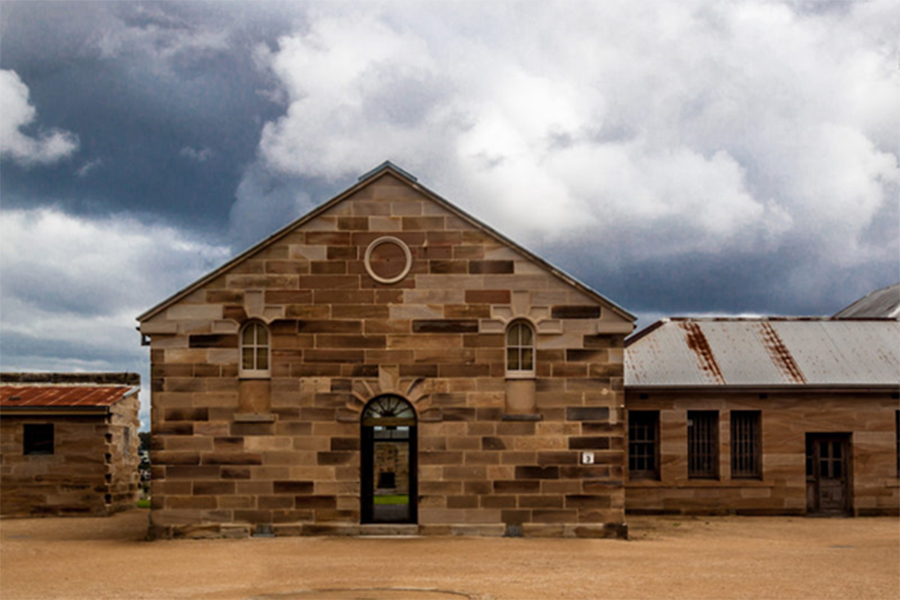 On everybody’s wish list of late and with good reason. Over one-third of the island is covered by national park land providing for up-close wildlife encounters like colonies of giant sea lions basking on the beach at Seal Bay or picnicking alongside the island’s namesake kangaroos and jumpy wallabies. The western side of Kangaroo Island boasts stunning scenery, including the so-called Remarkable Rocks and Admirals Arch rock formations. Also a popular destination for foodies, thanks to the prevalence of locally produced freshwater marron, oysters, abalone, and honey made by Ligurian bees. 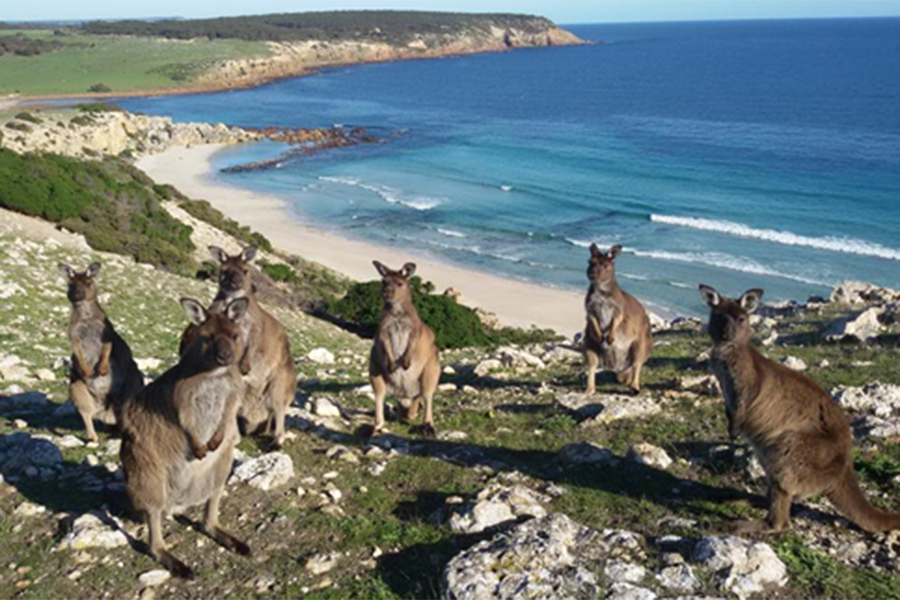 Located off the coast of Tasmania, Flinders Island is rugged and wild. Pink and grey granite mountain ranges and a pristine wild coastline. It is home to the relics of several shipwrecks and other artifacts housed in the Furneaux Museum. There are plenty of hiking trails and local produce is abundant. Definitely, off the tourist beaten track, it’s the remoteness and sheer peace and quiet the island is known for. There are few places left in the world that feel so untouched by tourism. 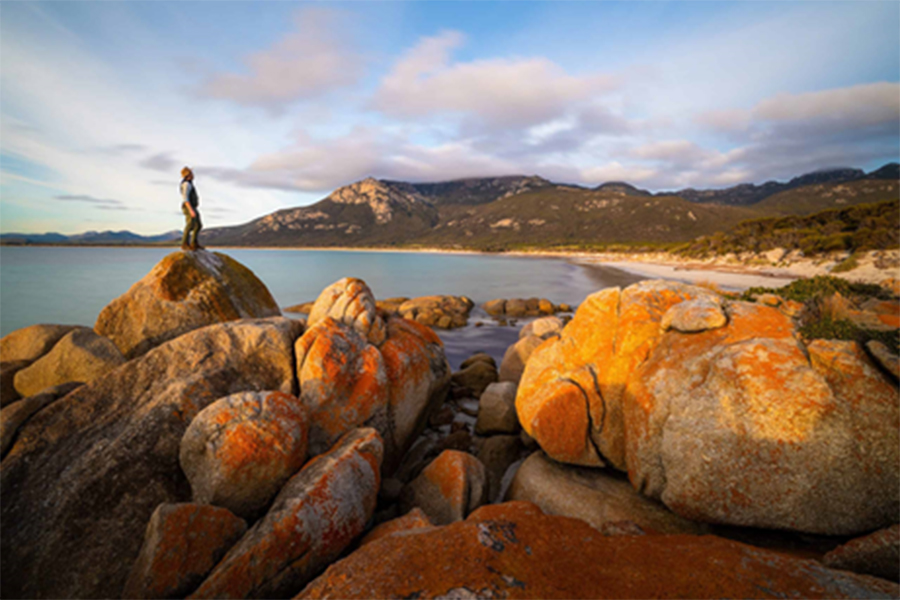 Like Christmas Island, the Cocos Keeling Islands are far from the mainland in the more remote stretches of the Indian Ocean. They include 27 coral islands forming two atolls, and shelter a lively reef system that teems with rare hawksbill turtles, dolphins and sharks. The islands are also interesting from a cultural perspective since much of the local population has Malay roots, and that heritage is obvious in the arts and crafts still practiced on the island. 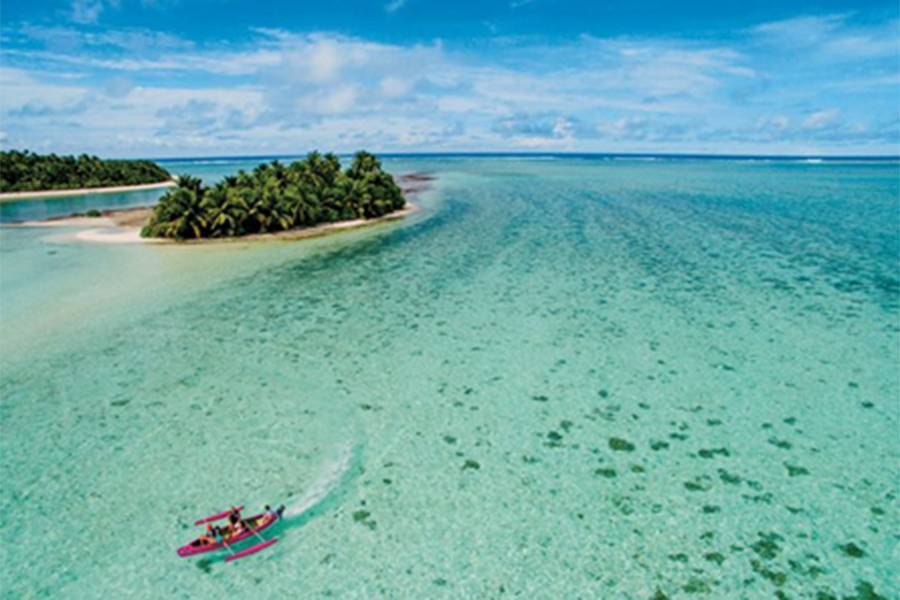 Our team at Amaco can help with more information on any of the above islands and other exciting destinations around Australia.