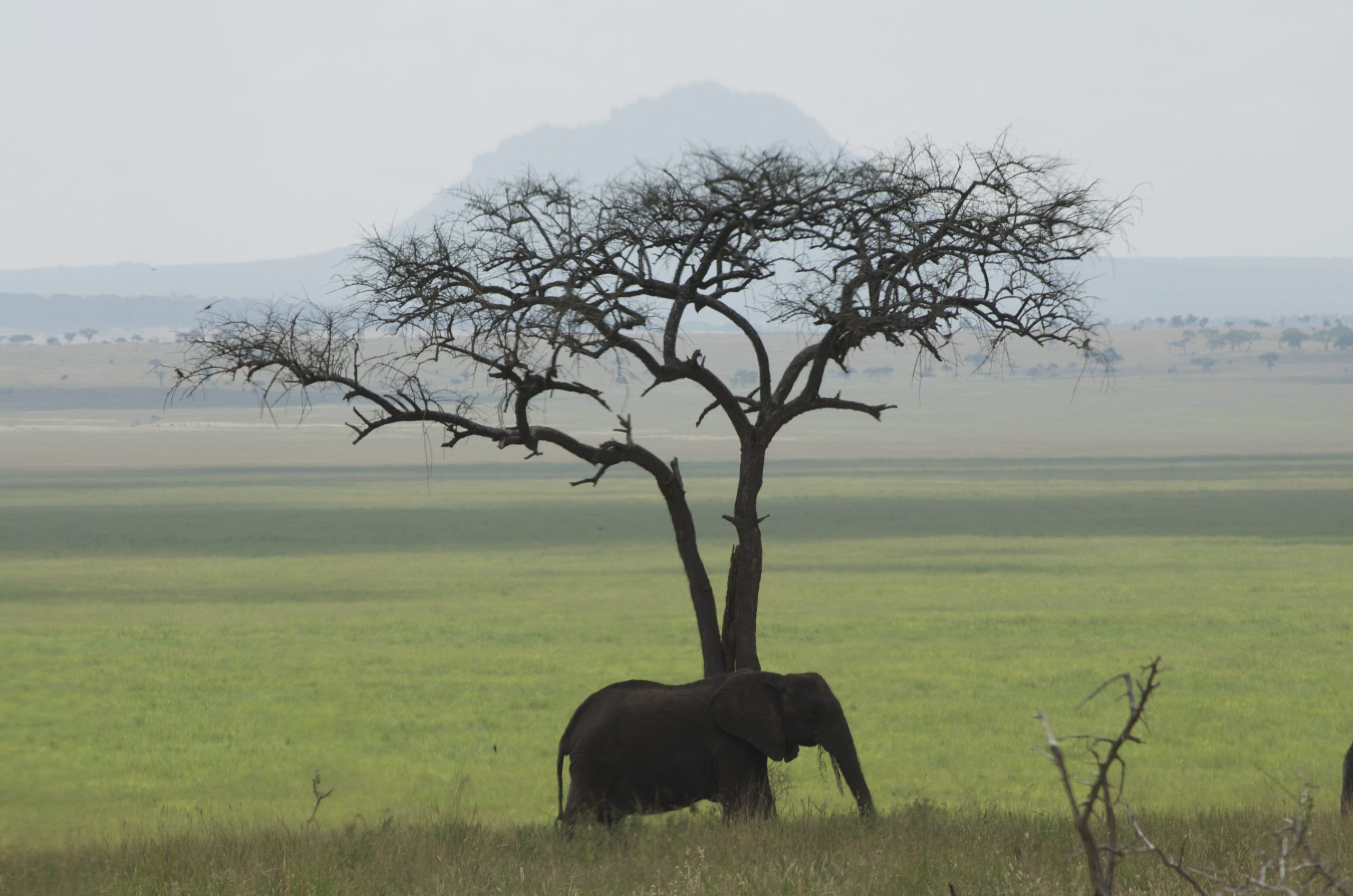 The Best Places to See Elephants In The Wild

An up-close and personal encounter with an African elephant is perhaps one of the most thrilling, almost spiritual experiences you can have while on safari. One of the most iconic animal species in Africa, if not the world, the elephant is also one of the most intelligent and emotionally cognisant, living in complex family structures which rely on innate wisdom and knowledge passed down over generation.

Fully grown bull elephants can stand as tall as 3,2m at the shoulder. Cows are significantly shorter and almost half the weight of a mature, adult bull, but both cows and bulls have tusks, which are actually enlarged canine teeth that keep growing throughout their lives which can have a span of up to 70 years.

Then there’s that adorable appendage – the trunk! Elephant trunks have hundreds of thousands of muscles in them and it takes a baby elephant up to six months to master the art of using this amazing organ!

In African folklore, the elephant is often characterised as having once been human. This is most likely because elephant society very closely mirrors our own, so we easily empathise and identify with this incredible animal.

Elephants are also revered in many African cultures for embodying the souls of long-dead ancestors, making them incredibly wise and all-knowing. When observing elephants at close quarters it is easy to understand how we have endowed them with these incredible human qualities. They have a certain aura about them that sets them apart from other animals, making them unique and incredibly special.

Sadly, Africa’s elephants are under enormous threat from ivory poaching and human-wildlife conflict as a result of habitat loss. They are found across sub-Saharan Africa but their numbers have been reduced dramatically. In the 1930s there were an estimated 10-million African elephants in Africa. Just 25 years ago that number had dropped to 1.5-million, Today we have only around 415,000 spread across the subcontinent and we are losing an elephant to poaching every 15 minutes.

This makes seeing these magnificent creatures in their natural habitat even more poignant and special, especially if they are huge, mature bulls and “tuskers” with massive ivory. These bulls are a sight to behold and their tusks can be 2m long and weigh up to 45kg each. 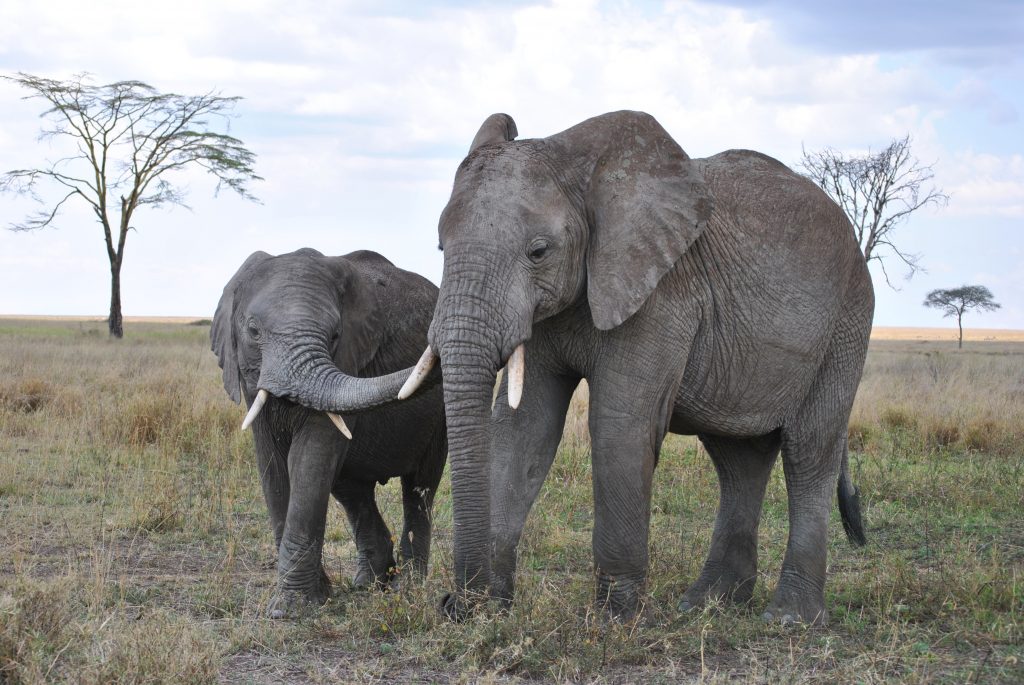 Chobe National Park and the Chobe River system in northern Botswana has one of the highest concentrations of elephants in Africa with a population estimate of 120,000. Linking up with the Savuti, Linyanti and Selinda regions of the far north of the country, Chobe has become renowned the world over for its enormous herds of elephants that can number in their hundreds.

Visitors to Chobe have the advantage of being able to do traditional, terrestrial game drives in open safari vehicles as well as boat-based game viewing on the Chobe River itself. This gives unique access to the elephant herds as they come down to the river to drink or to graze on its banks or various islands.

A range of accommodation options are available in and around Chobe National Park, from 5 Star resort-style safari lodges and luxurious houseboats to “glamping” in marvellous mobile tented camps that offer an immersive, authentic safari experience.

South Africa’s legendary Kruger National Park is home to the majority of the country’s elephant population – some 17,000 animals – making it an absolute hotspot when it comes to viewing them, especially in the dry season when they gather in large numbers around permanent waterholes and dams, or descend into dry river beds to dig for water.

The Kruger also has some impressive tuskers and it’s not unusual to see these incredible bulls at very close quarters when exploring its network of roads either on an organised game drive or driving yourself.

While they tend to avoid the mopane woodland belt that covers the north-western section of the park from just north of Letaba Camp up to Punda Maria Camp, elephant sightings are plentiful throughout the 20,000 sq km park.

The chances of a great elephant encounter increases significantly in the Kruger’s exclusive concessions like Singita Lebombo and Singita Sweni, Lukimbi and Lion Sands Kruger, making these top destinations for jumbo-watching.

The vast plains of Kenya’s Maasai Mara and Tanzania’s Serengeti eco-system are home to an estimated 8,000 elephants but the best time to see them in the Mara is when the wildebeest are in the Serengeti, and vice versa. When the grasslands are filled with wildebeest the elephants tend to retreat into the croton scrubland and savannah woodlands that occur around the edges of the plains.

When they don’t have to compete with millions of wildebeest and zebra, elephants love grazing out on the expansive grasslands that make up this 50,000 sq km Great Plains region of East Africa.

Accommodation in and around both the Maasai Mara and Serengeti national parks is among the best in Africa, with a wide variety of luxury tented camps and safari lodges on offer that immerse you completely into this incredible African wilderness. 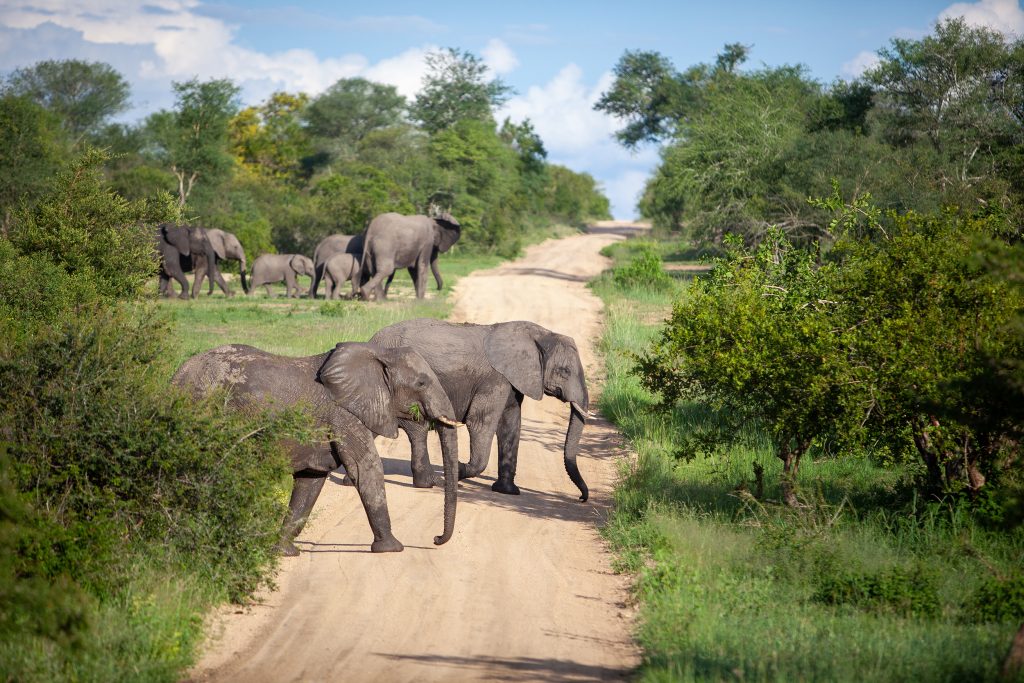 There is little to beat the sight of a herd of elephants browsing in Kenya’s Amboseli National Park with the phenomenal snow-capped peak of Mount Kilimanjaro towering into the heavens behind them. It’s an image that’s become synonymous with African safaris and it’s certainly what makes Amboseli such a huge drawcard when it comes to elephant sightings.

Although there are only an estimated 1,200 elephants in the park, it’s renowned the world over for its exceptional and legendary tuskers who range from Amboseli through the Chyulu Hills National Park to Tsavo West National Park. This is one of the most important elephant corridors in East Africa.

There are some beautiful, luxurious lodges and tented camps in the area to choose from, all with amazing elephant-viewing opportunities as well as breathtaking views of Africa’s most iconic mountain!

Mana Pools is famous for its “stretching” elephants who have learned to balance on their hind legs to stand up and reach for the overhanging branches of winter-thorn trees and their delicious seed pods which are highly sought after in the dry season. The Lower Zambezi is renowned for its large breeding herds which can regularly be seen coming down to the river to drink or to swim over to lush islands to feed.

Game activities are offered on land and on the water, offering visitors on both sides the chance to experience fantastic elephant sightings and a wide range of accommodation options are on offer, from rustic bush-camps to luxurious, award-winning camps and lodges. 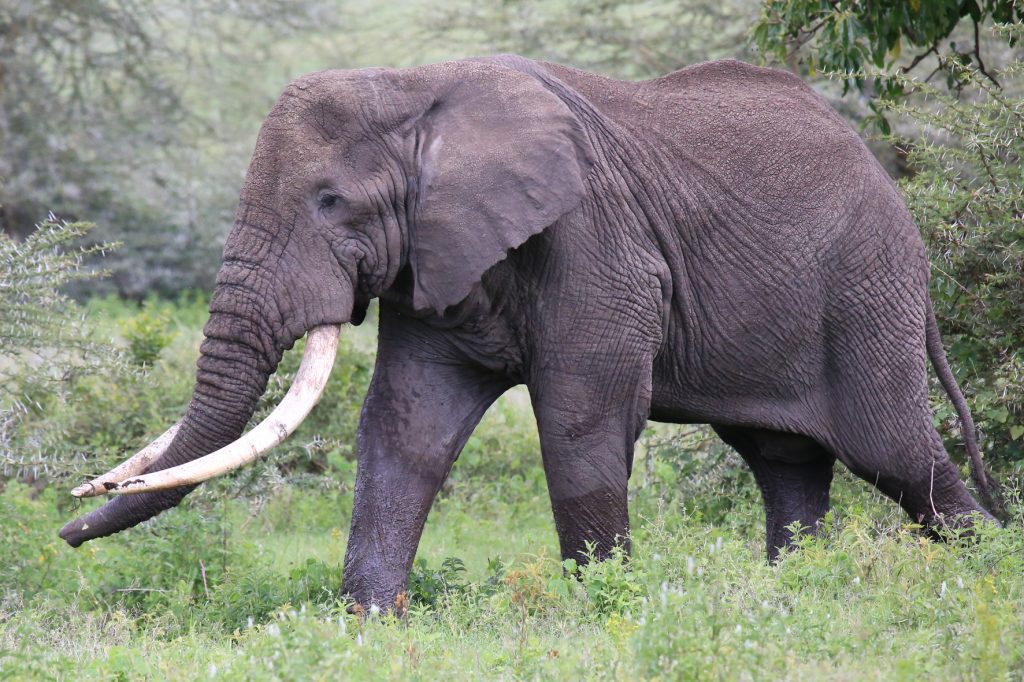