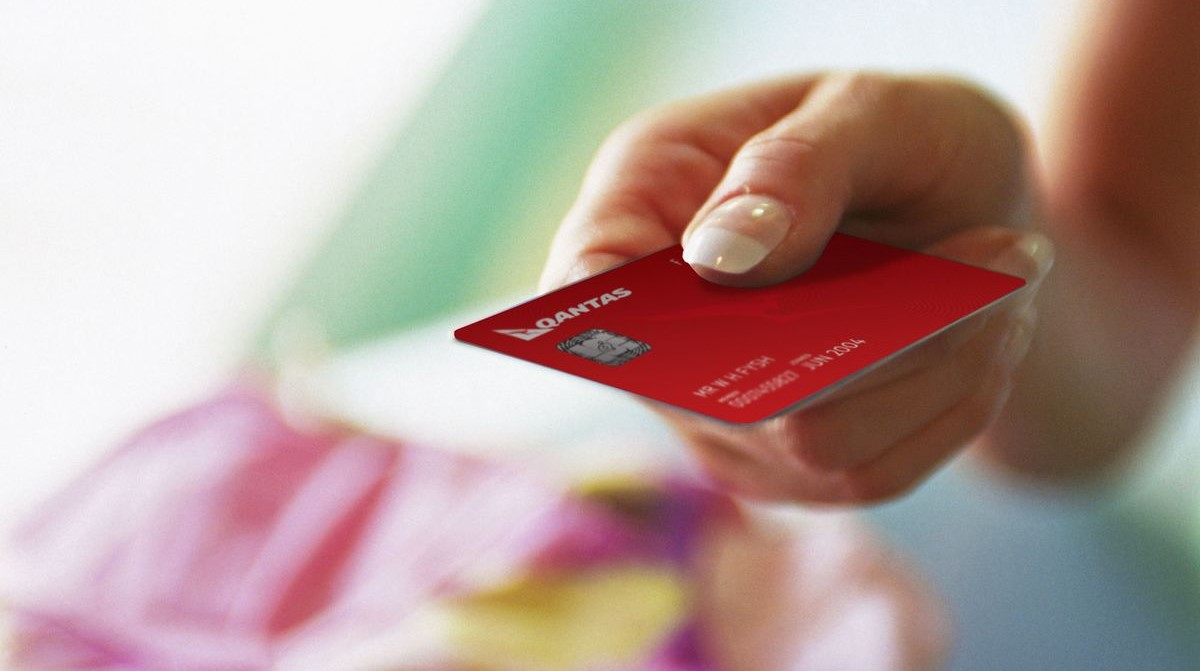 Adapted from an article by Chris Chamberlin, February 22 2021

You may have hundreds of thousands of Qantas Frequent Flyer points, or you may have just a handful, but the question remains the same… what are they worth?

Would you be surprised to hear that it’s rarely more than 1c, and can be as low as half a cent? It depends entirely on how you ‘spend’ those hard-earned points.

Make a business class reward booking or upgrade on a domestic flight and your points are worth anywhere between 2.14 and 8.48 cents each.

Go shopping at the Qantas Store and the value of your points plummets to around half a cent each.

We used the retail price of a series of items in the Qantas Store, along with domestic and international reward bookings and upgrades to determine how much a Qantas Frequent Flyer point is really worth.

Redeeming points in the Qantas Store

As it happens, Qantas pegged its own points as being worth just over 3c each in its 2019 ‘win one million Qantas Points’ competition, but in actuality, sets what could be considered a ‘base rate’ of just 0.53c per point.

Some items in the store hover around the same value. With a sticker of $309 at some online retailers, Bose QC35 II noise-cancelling headphones are currently selling for 57,760 Qantas Points (including delivery fees), also unlocking a value of 0.53c per point. 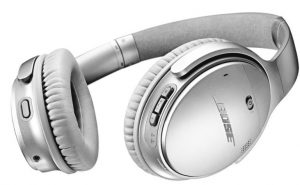 (In fact, those QC35 II headphones normally list on the Qantas Store for 71,640 Qantas Points including delivery – giving a value of just 0.43c per point – making Qantas’ current offer ‘better’ than the norm, but still on-par with many gift cards.)

However, not all items at the store represent the same dollar value for your Qantas Points. 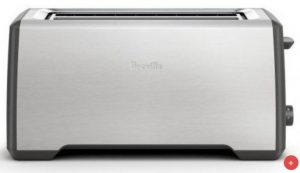 Spending your Qantas Points on a toaster is one of the worst ways to go.

Do the maths and this means your points are valued at an also low 0.58c each.

That’s also about the same value you’d get buying a smartphone, whether you’re in the Apple or Android camp. 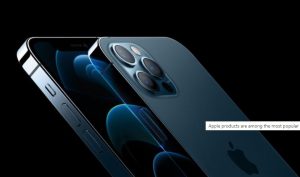 Apple products are among the most popular items in the Qantas Store, but provide similar value to gift cards. 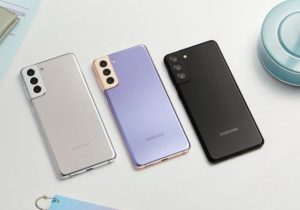 Smartphones are an option, but if you reach 318,000 Qantas Points, you could instead fly round-the-world in business class.

Do the maths, and you’ll find that while buying certain products can squeeze a touch more value out of your Qantas Points, spending those points via the Qantas Store remains one of the worst ways to go, regardless of what you purchase.

Of course, with tens or hundreds of thousands of Qantas Points to spend, you could be enjoying some great flights instead.

No matter what you buy in the store, there’s no doubt that using your Qantas Frequent Flyer points to make a reward booking is the best way to go.

A Sydney-Melbourne return trip often costs around $300 outside of sale periods or 16,000 points + $78 in taxes, fees and charges as a reward booking, for a value of 1.38c/point.

You’d also get about the same value when booking Sydney-Brisbane flights. At 16,000 points plus $86 in taxes, fees and charges, that’s 1.33 cents per point, based on a comparable $300 airfare. 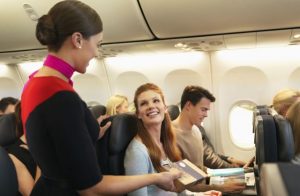 Even in economy, booking a flight provides better value than trading points for gift cards.

By comparison, you could spend more points at the Qantas Store for that Breville toaster, which retails for barely a third of the airfare price.

In economy, you could expect to pay around $530 return outside sale periods, while in Qantas Points, a round-trip journey sets you back 36,000 points plus $88: providing 1.22c/point in value.

Although international travel remains on hold for now, your Qantas Points can also take you to Singapore, when borders are open.

In November 2021, for instance, Qantas is selling return airfares from Sydney to Singapore for $888, or for 50,400 Qantas Points plus around $287 in taxes, fees and charges.

As your points are really covering the $601 spread between the full airfare and the reduced amount paid to cover taxes and charges, you’re getting 1.19c of value per point.

Even though this is the ‘worst pick’ of the economy bunch, you’d still be unlocking more than twice as much value per point, compared to buying products or gift cards online from the Qantas Store.

But, you can do even better…

At the pointy end, you’ll find even greater value – Qantas’ paid business class fares are often around 4-6 times the price of economy, but command just over twice as many points to book.

Take Sydney-Melbourne again as an example. Right now, a return Qantas business class tickets sells from $1,432 – or for 36,800 Qantas Points plus $78: that’s an impressive 3.67c per point.

Looking north between Sydney and Brisbane, where return fares generally sit at $1,800, using points gets even more rewarding, with 36,800 Qantas Points plus $86 pushing the value to 4.65c per point.

Another high-fare route, Sydney-Perth, currently sells for $5,144 return outside of sale periods. Use Qantas Points instead – that’s 83,000 Qantas Points plus $88 in taxes, fees and charges – sends the value of your points soaring even higher, to 6.09c each.

However, not all business class flights deliver the same value.

Set your sights on Singapore, where fares currently start at $3,639 return from later in 2021, and you’d extract just 2.32c in value per point.

That’s because the number of points you need to book a flight is based on its distance, not its ticket price. Being a much longer flight, Sydney-Singapore costs significantly more points than any domestic route. 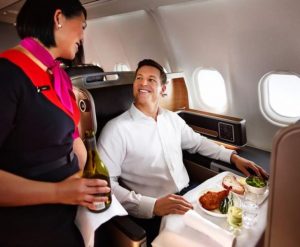 Sydney-Singapore being farther than Sydney-Perth means you’ll need a whopping 136,800 Qantas Points for a return ticket, with taxes, fees and charges also much higher at $459 return.

That still provides around twice as much value per point as booking economy, and at least four times as much value versus shopping at the Qantas Store, so a trip to Singapore is far from the worst way to spend your points.

Your points take on even more value when upgrading from economy to business class, whether that’s in celebration of a successful business trip, to relax on holiday, or just because.

Using the airfare examples above, where Sydney-Melbourne return often costs $300 in ‘discount economy’ and $1,432 in business class, spending 21,800 Qantas Points to upgrade your return journey gives an impressive 5.19c per point.

On Sydney-Brisbane, spending those same number of points to upgrade from a $300 ticket to an $1,800 round-trip seat provides a value of 6.88c per point.

Make the longer trip between Sydney and Perth, and those numbers get even better. With return economy tickets often $530 – and business class currently starting at $5,144 – spending 54,400 Qantas Points on a return upgrade elevates your ‘value per point’ to an excellent 8.48c.

Depending on the aircraft operating your flight, you could have a comfortable seat (pictured), or a fully-flat bed.

International flights, however, are a different ball game, as the lowest-cost economy class tickets are ineligible for upgrades.

Even when you purchase a more expensive fare, those upgrades remain ‘on request’ only, to be considered closer to departure. This differs from domestic upgrades, which can be confirmed instantly where available.

On the Sydney-Singapore route, you’ll spend extra $415 just to buy an upgradeable fare (jumping from $888 to $1,303 return), and in return, you may not get an upgrade at all.

Even if you do strike lucky, with paid business class fares starting at $3,639 return, spending 109,000 Qantas Points on that upgrade unlocks a value of just 2.14c per point.

This sees upgrades on domestic flights being better value than outright reward bookings, but on international routes, booking a business class flight outright gives the best bang for your buck.

Not only that, but booking a reward seat rather than gambling for an upgrade gives you confidence in your journey, knowing you’re confirmed in business class from the moment you book your ticket, not just hours or days before departure.

So, what’s the best way to spend Qantas Points?

Based on airfare prices in the market right now, you’ll get the best ‘value’ from your Qantas Points on long domestic flights within Australia, such as the east-west treks to Perth from Sydney, Melbourne or Brisbane.

Upgrades on these routes generate the best return on your points, at 6.88c of value each, although outright business class bookings provide a still-solid 6.09c. 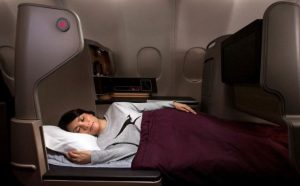 If you’re happy flying economy, the best routes to do this are short domestic hops that typically have moderate fare prices, such as Sydney-Melbourne, where you can extract 1.38c per point in value.

Of course, ‘value’ is subjective to each traveller.

While your points can certainly unlock experiences that otherwise have a hefty price tag, real cash savings could be more attractive to some – especially those who wouldn’t otherwise pay cash for business class.

That could be especially true if you’re sitting on a hefty balance of Qantas Points, and don’t plan to travel any time soon.

Using some of those surplus points to ‘buy’ an appliance or gift card – rather than spending real money from your own bank account – could deliver some much-needed savings at a helpful time for a household.

In any case, spending your Qantas Points on anything is always better than seeing them expire!