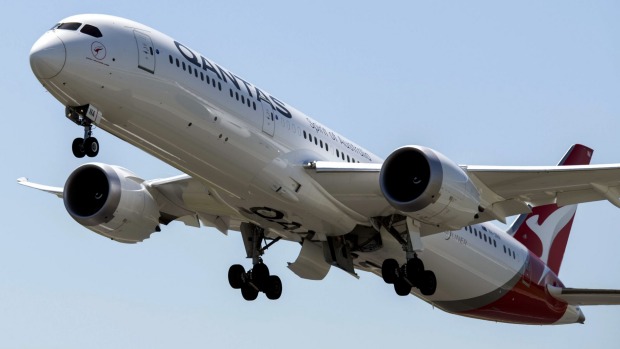 Qantas may have operated far fewer flights than normal over the past year, but that hasn’t stopped the Flying Kangaroo from being named the world’s safest airline.

The annual rankings from AirlineRatings.com placed Qantas at the top of the list for safety, the sixth time the airline has received the accolade.

“These airlines have outstanding records and are at the forefront of safety,” said AirlineRatings.com editor-in-chief, Geoffrey Thomas.

Qantas suspended international flights last year due to Australia’s border closure and the resulting downturn in air travel. It has since operated a handful of repatriation flights for Australian citizens with support from the federal government.

In November the airline celebrated its 100th birthday, an event more subdued than Qantas had planned prior to the outbreak of COVID-19.

“Last year was extremely difficult for airlines with COVID-19 slashing travel and Airline Ratings editors have looked particularly at the lengths airlines are going to re-train pilots ahead of a return to service. In the case of Qantas, a 737 pilot goes through a six-day course including a day on well-being.”

“Qantas has been the lead airline in virtually every major operational safety advancement over the past 60 years and has not had a fatality in the pure-jet era,” Mr Thomas said.

Qantas retired its aging fleet of Boeing 747 jumbo jets last year and placed its Airbus A380 superjumbos into storage in the Mojave desert in California.

Despite the massive downturn in air travel in 2020 and reduction in the number of flights globally of about 40 per cent, last year proved to be more deadly than the previous year, with 299 deaths from commercial airline incidents.

Dutch aviation consulting firm To70 data showed there were 40 accidents in 2020, with five resulting in deaths. There were more accidents in 2019, with 86, eight of which had fatalities. Those eight incidents resulted in 257 deaths.

The majority of deaths in 2020 came from one accident – the January shooting down of a Ukrainian aircraft shortly after take-off in Iran, with 176 people killed.

A handful of airlines received a one-star rating for safety – these were Nepal Airlines, Iran Aseman Airlines, Blue Wing (Suriname), Air Blue (Pakistan), Scat (Kazakhstan), Air Algerie (Algeria) and Pakistan International Airlines. The latter airline had the second-deadliest incident of 2020, when an Airbus A320 crashed near Karachi in May, killing 98.

The world’s safest airlines for 2021