Not too long ago the 6,000 passenger cruise ship mark was passed and industry watchers began to speculate on just how large it was possible to go with future cruise ships.

At the same time, the backlash against over-tourism was beginning to affect popular ports like Venice, Dubrovnik, and Barcelona. Perhaps unfairly, mammoth ships in these ports were giving cruising a bad name. Building small ships, meanwhile, was considered uneconomical. 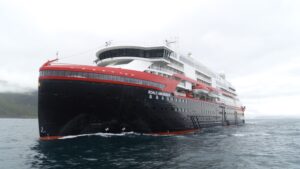 But the winds of change are blowing. An explosion in demand followed by massive investment in the expedition cruise sector over the last three years has led to a sudden proliferation of small ships. Some are built with ice-toughened hulls and protected viewing areas for polar expedition cruising, but small ship cruising isn’t just about the poles.

Many lines are offering new itineraries and new choices in warmer waters, from the Kimberley here in Australia to Indonesia and Central America to French Polynesia – tropical spots that are considered natural progressions for travelers who have “done” the poles but still want the vibe and activity of an expedition.

In Australian, bookings for expeditions sailing in 2021, were up by 27%. This is a combination of new 2021 bookings and all the re-bookings from cancelled 2020 sailings.

This trend is evident elsewhere in the industry as well. Pent-up demand will constrict availability in 2021 – particularly for small ships so passengers are already looking to 2022 and beyond.

The bonus of visiting these places on a boutique vessel is that the environmental impact is much lower than that of a mega-ship. New destinations open up to ships small enough to squeeze into tiny ports or places with little infrastructure. Raja Ampat in West Papua is just one case. The Chilean fjords, the smaller Greek islands, the Scottish coast, and the Russian Far East are all others.

Ponant – a cruise line that Amaco has used 3 times now is one of the biggest players in the small ship market. They have a series of six Explorer-class ships. These aren’t expedition vessels in the classic sense of the word – they don’t go to the poles, for example, as Ponant has other, ice-hardened ships to do that – but offer all the characteristics of expeditions, like Zodiacs and kayaks, and opportunities for hikes, and snorkeling in warm waters.

Their new ships have some wonderful features, including multisensory lounges for viewing and listening to the underwater world, as well as infinity pools on deck and a purpose platform that extends aft and serves as anything from a kayak launch to a deck for a private cocktail party.

Outside the expedition sector, there are other new entrants to the market, bringing out small ships designed to lure the kind of passenger who might normally prefer a luxury boutique hotel. 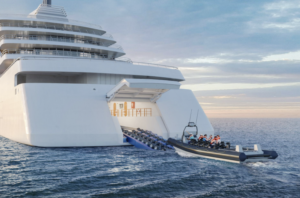 Ritz-Carlton’s new Evrima, which is due to launch in June will carry 298 passengers and is a case in point. The ship has six places to eat, a lavish spa, and a collaboration with chef Sven Elverfeld of the three-Michelin-starred restaurant, Aqua. Evrima will sail in the Caribbean, the Mediterranean, and northern Europe. A sister ship will follow next year.

Scenic Tours, meanwhile, also has its own newly built ship – the ultra-luxury Scenic Eclipse, which explores the poles and much in between in considerable style. It will be joined by Scenic Eclipse II in 2021.

Meanwhile, Tahiti-based Paul Gauguin Cruises is building two new 230-passenger ships, due to launch in 2022. Sea Cloud Cruises is constructing a three-masted tall ship, Sea Cloud Spirit, sailing the western Mediterranean, the Caribbean, and Central America. Silversea is raising the bar in the Galapagos Islands with the high-end Silver Origin, launching in August 2020 and carrying 100, while Coral Expeditions’ new Coral Geographer, a sister ship to the new Coral Adventurer, debuts in 2021 spending its maiden season exploring the small islands of the Indian Ocean; Seychelles, the Maldives, Sri Lanka and the islands of Indonesia.

There’s no question that in cruising, small is suddenly very beautiful indeed.