People often watch movies for the same reasons they read books; to transport themselves to lands far away.

For some, watching mind-blowing travel movies on Netflix is a way to prepare themselves for an adventure of a lifetime. They may fall in love while traveling, land an awesome job where remote work is acceptable, or they just figure out how to live the dream by travelling for free.

For others, watching movies about foreign locations may be the closest they ever get to being there.

Whether you’re getting ready to hop on a plane headed halfway around the world, or if you’re just looking for an escape from life, we’ve got you covered. Here are 10 mind-blowing travel movies on Netflix you can start watching today.

We’ve done our best to include a handful of lesser-known titles to avoid suffocating you with endless blockbusters like Eat, Pray, Love, Into the Wild, The Way and Midnight in Paris. They’re good, but so are others.

Before diving into the list – it is worth noting that you might need to use the search function and type the movie titles in to find these. 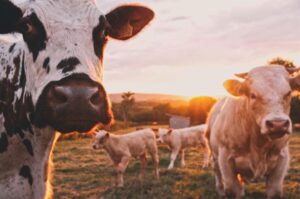 The African Doctor is another film that isn’t too well-known, but should be. It chronicles the true story of a man, Seyolo Zantoko, who completed his medical degree in France. Instead of returning to his home of Zaire, to be the personal physician to a corrupt president, he takes a post in a small rural village. The village he moves to is Marly-Gomont, located in the north of France. His family, with expectations of living a luxurious Parisian life, pack their things and join him. Only they find that life in Marly-Gomont is full of pigs, pig crap and no one like themselves. It’s a wonderful film that showcases the costs that many people endure in search of a better life for them and their families. The African Doctor is funny, realistic and touching.

Lion is based on the true story of Saroo Brierley, an Indian-born Australian fellow. Brierley’s extraordinary story begins at the age of five when Brierley’s family somehow lost track of him. An Australian couple, Sue and John Brierley, ends up adopting him, and Saroo moves to Australia with them. Years later, in an effort to find his birthparents, Brierley uses Google Maps to locate his village in India. I won’t ruin the rest for you, but you’ll be happy to know that Dev Patel, who had an incredible performance in Slumdog Millionaire, is also in this. 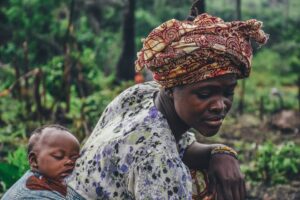 Talk about an inspiring film. Queen of Katwe takes place in the Ugandan slum of Katwe. The story centres around a ten-year-old girl, Phiona, who takes care of her younger brothers while scavenging for food. Her mother, Nakku Harriet (played by the amazing Lupita Nyong’o) struggles to provide for her family. One day, Phiona learns how to play chess from a man named Robert Katende. This changes her life. She goes on to beat all the boys in her town, and many other parts of the world. Phiona’s struggle, and rise, is about persevering in the face of adversity. It is also a strong example of how free we can be when we don’t allow ourselves to become boxed in by the negative circumstances that surround us. Like other movies on this list, Queen of Katwe is based on a true story.

Fire at Sea, or Fuocoammare in Italian, is a gripping documentary set on the Sicilian island of Lampedusa during a time of heavy migration to Europe from citizens of war-torn, financially deprived and inhospitable countries. The documentary focuses on a young boy, 12-year-old Samuele Pucillo, who spends his time shooting birds, eating pasta and stumbling around his island of sailors and fishermen. Contrasted with Samuele is a doctor who treats migrants arriving on the shores of Lampedusa, some dead, some alive. It’s a must-see for anyone looking to understand the cost that refugees pay in search of a better life. As well as how privileged many of us are in being able to travel.

If you’re someone who ends up over packing for a night away from home, Minimalism is a must-see for you. It’s not exactly a travel-oriented movie, but rather deals intimately with the concept of having more material possessions than necessary. The documentary focuses on two proponents of the minimalist movement, Joshua Fields Millburn and Ryan Nicodemus. The two quit their jobs, wrote a book on the advantages of living with less and went on a speaking tour. In the film, their philosophy is met with as much scepticism as it is with enthusiasm. Fortunately, the documentary features other folks (people who live in tiny houses, etc.) who have also adopted a minimalist aesthetic, although in different ways. Even if you don’t walk away wanting to throw out all of your clothes, you’ll undoubtedly learn how to pack less!

Out of almost all the travel movies on Netflix you must watch, City of God is disappointingly missing. This is sacrilegious. While City of God isn’t about young travellers picking up and going halfway around the world to “find themselves,” it embodies the traveller’s spirit through and through. The film focuses on Rocket, a young photographer living in a dangerous Brazilian favela. Through his camera, Rocket becomes cozy with a few affiliates of the local gang. Over time, he gains their trust while also navigating the murky waters of death, sex and unplanned encounters. While we can’t speak to the accuracy of the film’s depiction of life in Brazilian slums, it’s supposedly not far off since it’s loosely based on real events. 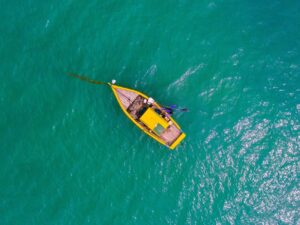 As you can imagine, Gold is about, well, Gold. The film’s protagonist is played by a sweaty, fat and otherwise down-on-his-luck Matthew McConaughey. McConaughey’s character, Kenny Wells, has a dream about finding gold in Indonesia. He enlists the help of a world-renowned geologist, Michael Acosta (played by Édgar Ramírez). Kenny heads to Indonesia, and after struggling for what seems like ages, eventually finds gold. Wells and Acosta’s discovery shakes the world of mining, jewelry and other precious metals, but their discovery isn’t what they think it is. The acting is good, the plot is solid. But what’s most people don’t know about is that the film is based off of the Bre-X mining scandal.

Movies are rarely as good as the books they’re based on. So, we’ll let you know here and now that On the Road is a good film, but that you should read the book before. Why? Books are a more immersive experience that allow you to place yourself in the world the author constructs versus trying to insert yourself into a film with actors portraying characters. Anyway, On the Road is a tale about Sal Paradise, an aspiring writer, and the cross-country adventures he and his motley crew of friends go on. It takes places in the early 1970s, and is full of weed, sex, jazz, alcohol and the desire to rise above struggle to achieve your dreams. For Americans who have never travelled throughout the States, this is for you. For non-Americans who wonder if travelling throughout the States is worth it, this is for you.

For any Japanophile, Jiro Dreams of Sushi is a real treat. The documentary focuses on Jiro Ono, an 85-year-old (now 92 and still kickin’) sushi master from Hamamatsu, Japan. Jiro owns the three Michelin-starred restaurant, Sukiyabashi Jiro, which is located in a Tokyo subway station. Aside from shots of Japan, the real draw to this documentary is Jiro’s insane work-ethic. After watching this, you’ll either want to work harder than you ever have before or curl up into a ball and cry because you may never be able to realize the level of perfection that Jiro has. Regardless, there sure is a lot of tasty sushi in it!

The Life Aquatic with Steve Zissou

No list of travel films is complete without a Wes Anderson movie. The Life Aquatic with Steve Zissou stars Bill Murray as Steve Zissou, an oceanographer. Zissou was making a documentary when a “Jaguar Shark” ate his best friend, Esteban. Zissou plans to avenge Esteban’s death by finding and killing this “Jaguar Shark.” It’s hilarious, full of beautiful and muted colours a-la most of Anderson’s movies and takes the viewer into depths of the ocean as deep as Zissou’s desire for justice. One fun fact is that it also features the Brazilian singer, Seu Jorge, who also played “Knockout Ned” in City of God. 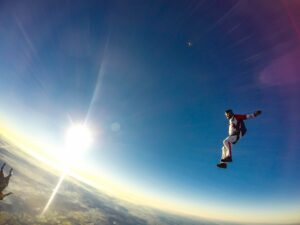 Friendship, no regrets and old age. Three things that most people, especially travellers, aspire to. All three are the basis of The Bucket List, which features a well-aged Morgan Freeman and a not-so-well-aged Jack Nicholson. Just from the name, you can likely guess what happens during the film.  Two people are diagnosed with lung cancer and, instead of “going gently into that good night,” they make a pact to check off every item on their bucket list. Travelling to the Great Pyramid, Taj Mahal, Great Wall of China and other places that inhabit most people’s bucket lists. It’s one of those corny feel-good travel movies on Netflix that we all need every once in a while.