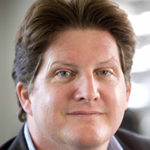 David is currently Chair of Psychiatry at St Vincent’s Health and The University of Melbourne. He is a former MRC Research Scholar at the South African Institute for Medical Research, MRC Research Fellow at the London School of Hygiene and Tropical Medicine (where he gained an MSc in epidemiology), and has trained both in clinical research and psychiatry at London’s prestigious Maudsley Hospital and Institute of Psychiatry. His strong commitment to teaching is reflected in his completion of the Graduate Certificate in University Teaching from the University of Melbourne in 2011.

He is currently Chair of the Victorian Branch of the Royal Australian and New Zealand College of Psychiatrists. David’s clinical and research interests include schizophrenia and related disorders, cannabis abuse, and bipolar disorder. A specific area of interest is the medical care of people with a mental illness. He is also pursuing his work on OCD spectrum disorders, notably body dysmorphic disorder. He has been successful in attracting substantial grant funding from a variety of different sources, and has strong local, national, and international research links. He has received a number of awards for his work, most recently the Senior Research Award from the Royal ANZ College of Psychiatrists.

David’s track record demonstrates a capacity and understanding to disseminate research findings to the scientific, academic and clinical communities. He has published over 450 articles and book chapters; and has produced 20 books, aimed at clinical, academic and lay audiences. His book, Marijuana and Madness (coedited with Prof Sir Robin Murray, UK) was the British Medical Association’s Mental Health Book of the Year in 2005; it is now in its 2nd edition. His work is highly cited. He is on a number of advisory boards and editorial boards, and is a reviewer for over 30 national and international scientific journals. He also shows a strong commitment to feeding back information to the populations he studies, and is regularly invited to present at scientific, local, and lay meetings.