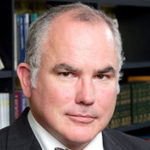 Dominic Rowe is the Inaugural Professor of Neurology at the Australian School of Advanced Medicine, Macquarie University. He studied biochemistry and medicine at the University of Sydney, and then completed training in internal medicine and neurology in Sydney before completing neurology training at
Queen’s Square and Newcastle Upon Tyne.

His doctoral studies in the pathogenesis of Parkinson’s disease were performed at Baylor College of Medicine and completed at the University of New South Wales.

Neurology is a specialist neurology practice that sees more than 3000 patients per year from all over Australia and the Pacific Rim. The focus of the practice is neurodegenerative disease, although all general neurological conditions are managed in house.