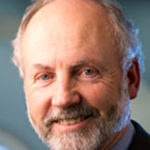 He is a Professorial Fellow at the University of Melbourne where he is Coordinator of Cardiovascular Research. He is Director of Research in the Department of Cardiology, Director of Heart Failure Services, and is also involved in the acute and chronic in-patient management of General Cardiology patients at Austin Health.

His research interests range from the basic vascular laboratory to clinical trials; including heart failure, metabolic syndrome, renal disease, exercise, cardiac surgery and psycho-social aspects of cardiovascular disease (being the only cardiologist in the world who has also fully trained in psychiatry).

He received the AMRF Distinguished Scientist Medal for 2011 and also has an active interest in both under-graduate and graduate education.

He also has a long-standing interest in the primary and secondary prevention of heart disease, an interest that included an appointment as Medical Director, National Heart Foundation of Australia (Vic. Div.) from 1983-1990.

Over the past 5 years, Prof Hare has 142 publications including 61 peer-reviewed research papers, 14 invited chapters/ monographs/reviews and 67 abstracts. Over the last 5 years, he has also been invited to give approximately 15 international and 35 national lectures.