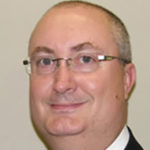 Dr Michael Neale grew up and was educated on Sydney’s North Shore before completing undergraduate medical studies at the University of New South Wales, where he graduated with honours.

Dr Neale’s interest in vascular surgery started very early on in junior training and having completed basic surgical training he started a research fellowship at Royal North Shore Hospital within the Department of Vascular Surgery dealing with intravascular ultrasound, completing a Master of Medicine (in surgery) at Sydney University. Dr Neale then completed his training in General Surgery becoming a Fellow of the Royal Australasian College of Surgeons.

He then completed a full fellowship in Vascular Surgery through the Royal Australasian College of Surgeons and commenced working as a consultant vascular surgeon at Royal North Shore and North Shore Private Hospitals in 2000 and is now the Head of the Department of Vascular Surgery at both hospitals.

Dr Neale has won several awards and scholarships during his research and training years and presented and published widely at local, state, national and international levels. Dr Neale has been convenor for the Australian and New Zealand Society for Vascular Surgery annual scientific meeting in Sydney in 2005. He is a member (and currently Chairman) of the Medical Advisory Committee of North Shore Private Hospital, has been on the Board of Vascular Surgical Training for the Division of Vascular Surgery of the Royal Australasian College of Surgeons and is actively involved in training and supervision of medical students, junior medical staff, general surgical and vascular surgical registrars at Royal North Shore Hospital.