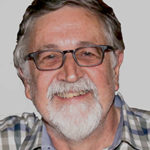 After graduating from Melbourne University and working at the Royal Children’s Hospital in Brisbane, John travelled through Asia for six months visiting hospitals along the way. He returned to begin work as a General Practitioner in a three man associateship in Essendon, Victoria, and subsequently opened his own clinic. After twenty years solo practice, he moved into a sixteen doctor clinic.

With nearly forty years in General Practice his interests are varied and he has completed three Masters Degrees from Melbourne and Monash Universities whilst in solo practice, which he puts down to insomnia.

Apart from Medicine, John is interested in archaeology and early architecture.