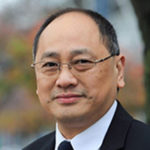 Born and raised in Sydney, Ian attended Sydney University before completing his medical training at Royal North Shore Hospital. Inspired by another rural GP, Ian before graduating decided on a career in rural medicine. During his studies and clinical practice he focused on areas that were clinically difficult and unattractive topics – pain, addiction, and psychology.

Ian has had pain all his life but was only diagnosed with seronegative arthritis at the age of 30 and with it came the ‘aches and pains of old age’. While one might expect this to be the driver behind his professional development, Ian says it was watching his patients suffering and not knowing what to do that inspired him to learn more about chronic pain.

While still working as a rural GP, Ian attended a pain conference in Montreal which reignited his passion for neuroplasticity, his first interest and love. He completed a self-funded year in Canada at the Pain Centre 2011 and then finished pain medicine training at the RNSH Pain Centre.

Now based on the Gold Coast, Ian is currently Director of the Interdisciplinary Persistent Pain Centre at the Gold Coast University Hospital. Prior to this role, he has been a Pain Specialist in Rural NSW delivering community-based pain services across Central NSW, providing support and advice to rural GPs.

He has authored numerous articles on pain management, neuropathic pain and prescribing and deprescribing opioids in general practice, has been a contributor to the RACGP opioid prescribing guidelines and is currently an Honorary Editor of Pain Medicine Today. He has also been a clinical lecturer at University Western Sydney and Notre Dame University. Ian has been on both state and federal advisory committees and has presented both domestically and internationally on pain management to different specialist groups including general practice.

Ian is married to Nicola, herself a pharmacist with extensive experience in geriatrics, mental health and forensic clinical pharmacology. They have three adult children.