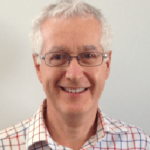 Dr Seward trained as a general medical practitioner, commencing work in Geelong in 1980 and almost immediately decided to specialise in sports medicine. He became Club Doctor for the Geelong Football Club and served in that role from 1982 to 2006. He led the AFL Doctors Association as President then CEO for 25 years and is still actively involved in AFL football as a Director of the Geelong Football Club.

Dr Seward was Medical Director of the athlete’s village Medical Clinic for the Melbourne Commonwealth Games and a member of the Australian Medical team at the next two Games in Delhi and Glasgow. He is currently a conjoint Senior Lecturer in the School of Medicine at Deakin University and is also the Chair of Active Geelong.

Hugh’s community service was recognised in the Queen’s Birthday Honours in June 2017 when he became a Member (AM) in the General Division of the Order of Australia ‘for significant service to Australian rules football as a physician, particularly to the prevention and management of injuries.’

He and his wife Claire have four children and two grandchildren and as might be expected the whole family are all avid Cats fans.