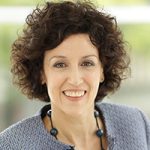 She works part-time in the University of Queensland’s School of Pharmacy, as well as in the Academic Practice of the Mater Public Hospital in Brisbane and also works for the Australian Dental Association providing a national drug information service for ADA members called “Pharma-Advice.”

As an accredited pharmacist she provides HMRs in her local area as well as Medschecks for selected outpatients at the Mater Hospital. She also consults to organisations such as the Department of Veterans Affairs, the Commission for Safety in Quality in Health Care, the Queensland Office of Health Ombudsman and the New Zealand Dental Association.

A frequent speaker at seminars and conferences, Geraldine is well known amongst her profession and has received many awards including in 2002 being named Australian Pharmacist of the Year. In 2013 she received ADAQ’s Medal of Merit for services to the dental profession as a non-dentist and was recently made an Honorary Member of NPS Medicinewise.