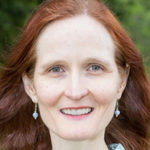 Genevieve Yates is someone who likes to have her fingers in many different pies.

Currently RACGP Queensland Censor, she also teaches for MDA National, is a member of MDA National’s Education Services Advisory Group, a performance assessor for AHPRA and is a facilitator of mental health workshops for the Black Dog Institute. She worked as an RTP medical educator for over a decade, most recently as Associate Director of Training of North Coast GP Training until the organisation ceased to operate in December 2015.

When she is not healing the sick or teaching the healers, Genevieve likes to indulge in a range of creative pursuits including theatre, music, film, stand-up comedy and writing. She has worked in front of and behind the camera in film and TV and has performed on stage in several local plays and musical productions including Les Miserables, Blood Brothers and Annie. She teaches violin, plays piano, sings, and performs with the Queensland Medical Orchestra and the Australian Doctors’ Orchestra.

She enjoys creative writing, and has had several of her short stories published, winning two national short story competitions (in 2008 and 2010). She is a freelance columnist, writing for several publications including Australian Doctor, Medical Observer, Good Practice and Wellplan.

Genevieve is passionate about putting creativity into medicine, and medicine into creativity. She uses film, theatre and music in her teaching of GP registrars and supervisors, and also finds that medicine inspires and complements her writing, and vice versa.