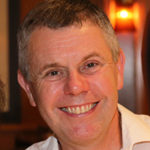 Dr Worsnop is a respiratory and sleep physician at the Austin Hospital in Melbourne and also works at the Northern Hospital. He is an Adjunct Associate Professor at RMIT University for his research work with the Department of Chinese Medicine in COPD and smoking cessation with ginseng and accupressure.

Christopher obtained his degrees from the University of Melbourne including a Doctorate of Philosophy by thesis on the activity of respiratory pump and upper airway muscles during sleep onset. He is a Fellow of the Royal Australasian College of Physicians, a Fellow of the American College of Chest Physicians and a Life Member of the University of Melbourne Graduate Union.

Christopher has extensive experience in the teaching of physicians, RACP trainees, trainees of other Colleges, general practitioners, pharmacists, physiotherapists, nurses, medical students, and patient groups. In 2013 he was made a Fellow of the Melbourne Medical School Academy of Clinical Teachers.

Christopher is a member of the national council of the Lung Foundation Australia, and was a contributing writer to the Australian Asthma Handbook published by the National Asthma Council of Australia. He also chairs the Respiratory Special Interest Group of the Australasian Sleep Association, and is vice-chair of the TSANZ COPD SIG. He also wrote the chapter on home CPAP for the ASA guidelines on CPAP.