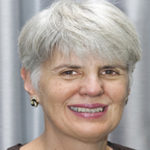 Dr Elizabeth Magassy has been in full time general practice in Wollongong for 30 years after graduating from the University of Sydney in 1978 and spending four years at the Wollongong and Port Kembla Hospitals, and completing a diploma in Obstetrics.

Commencing in 1984 she worked in general practice obstetrics for ten years, delivering around a thousand babies. Since 1999 she has appeared in a regular health segment on local ABC radio as Dr Liz.

In 2002 she was a founding director of the Illawarra Family Medical Centre, which is self owned by its GP associates, and opened its doors in 2005.

Elizabeth is a past president of the Illawarra Medical Association (1995–2000), a past chairman of the Illawarra Division of General Practice (2001–2004), has been chairman of The Figtree Private Hospital Medical Advisory Committee (2001–2007), a member of the New South Wales General Practice Council (2003–2007), and has served as a member of Professional Services Review (2001–2011).

She was involved at the development stage of the Graduate School of Medicine, University of Wollongong, and has been active in teaching students since its inception. In 2005 she was appointed as a Clinical Associate Professor in the Graduate School of Medicine, and in 2010 received a ministerial appointment to the University of Wollongong Council.