*** PLEASE NOTE THAT DUE TO TRAVEL RESTRICTIONS IMPOSED BECAUSE OF THE COVID-19 VIRUS, THE CONFERENCE TO GREECE & CYPRUS HAS BEEN POSTPONED. A NEW DATE HAS YET TO SECURED ***

Discover the diversity of Greece on our Amaco ‘Undiscovered Treasures’ Tour & Conference. You’ll be surprised to discover a country with regional and architectural diversity as we travel beyond the tourist trail.

Experience the splendor of Greek culture and history beginning in the capital of Athens. Named after Athena, the Greek goddess of wisdom, Athens can trace its history back centuries and is considered the birthplace of Western civilization. A large, sprawling city with no building higher than the ever imposing Parthenon still dominates the landscape. Breathtaking landmarks from the 5th century BC and a fascinating mix of Neo-classical, Byzantine, Ottoman, Ancient and Modern architecture dot the landscape creating a melting pot of sights and sounds.

You will set sail through the crystal blue waters of the Mediterranean on a privately chartered yacht, meandering through the picturesque, sheltered waters of the quintessentially classic islands of the Saronic Gulf, Poros & Hydra. Traditional stone mansions, narrow cobblestoned streets, secluded squares and a rich maritime history have been preserved in this region and offer a journey through the passage of time long gone in today’s world.

You’ll explore one of the most beautiful towns in the area of Argolis in eastern Peloponnese. Nafplio was the first capital of the newly born Greek state between 1823 and 1834. Greek mythology abounds here as the town was said to be founded by the son of the god Poseidon and the daughter of Danaus Anymone. Greek history is prevalent throughout the area, from the ever imposing
Venetian ruins of Palamidi Castle proudly overlooking the town to traces of the Greek Revolution and the famous war hero Theodore Kolokotronis.

Visit the UNESCO listed ruins of Mycenae & Asklepion — protector of human health and personal happiness, also known as Epidaurus. Asklepion gained fame throughout the world for its unique healing practices as it was undoubtedly the greatest of the theurgical sites in antiquity. It is said that more than 200 healing medical centres worked under Asklepieion’s authorization throughout the Eastern Mediterranean area.

Venture into the relatively unknown region of Arcadia with its remarkably varied natural landscapes of undiscovered beauty, time forgotten villages, mythological & archaeological historic locations. You’ll explore hidden monasteries and corners of this region rarely visited. More archaeological wonders abound as you visit the birthplace of the Olympic Games in Olympia and the imposing Temple of Zeus.

Venture into the Ionian Sea and visit the fascinating island of Zakynthos. Scattered off the western coastline of central Greece, the island offers awe inspiring coastlines, with sheltered coves and the deepest of varied blue seas that have to be seen to be believed. Highlights include the infamous Navagio Beach and the Blue Caves.

It’s then onto the region of Epirus, in the north of Greece bordering Albania. You’ll visit Ioannina, lying on the shores of Lake Pamvotida, strong cultural influences are prevalent with  Christian, Islamic & Jewish connections. Meandering through the pine tree laden landscape you’ll stop at the mountain village of Metsovo before arriving to the majestic rock formations of
Meteora. Visit secluded monasteries perched high in the Meteora valley before ending your Grecian Odyssey in the nation’s Macedonian capital of Thessaloniki.

Don’t miss your opportunity to be part of this curated journey exploring the best of undiscovered Greece. This is a country where the weight of history makes its presence felt. With plenty of opportunities to mingle with the locals, savour traditional Aegean fare and visit iconic sites, this is an all-encompassing adventure into Greece’s heartland.

Those with a little extra time should consider joining our Post Conference Extension to Cyprus from 11 – 16 October 2020. You’ll be based in the city of Limassol with it’s splendid promenade and palm laden surroundings.

From here you’ll explore the country’s historical sights, countryside and cities. There’s the UNESCO listed archaeological treasures in Paphos, the divided capital of Nicosia, and the leafy Troodos Mountains dotted with villages and churches. The ‘Greece & Cyprus – Undiscovered Treasures’ itinerary offers exceptional value for money — with all accommodation, tours, activities, meals, beverages and gratuities covered in the package cost.

We hope you can join us as we travel through Greece & Cyprus in 2020.

For your comfort and touring pleasure, we’ve limited the number of participants to just 40 people. Register today or risk missing out! 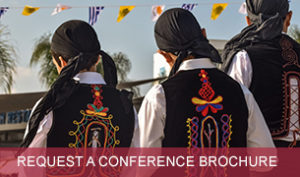 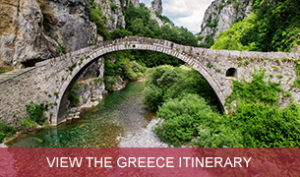 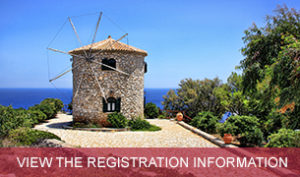