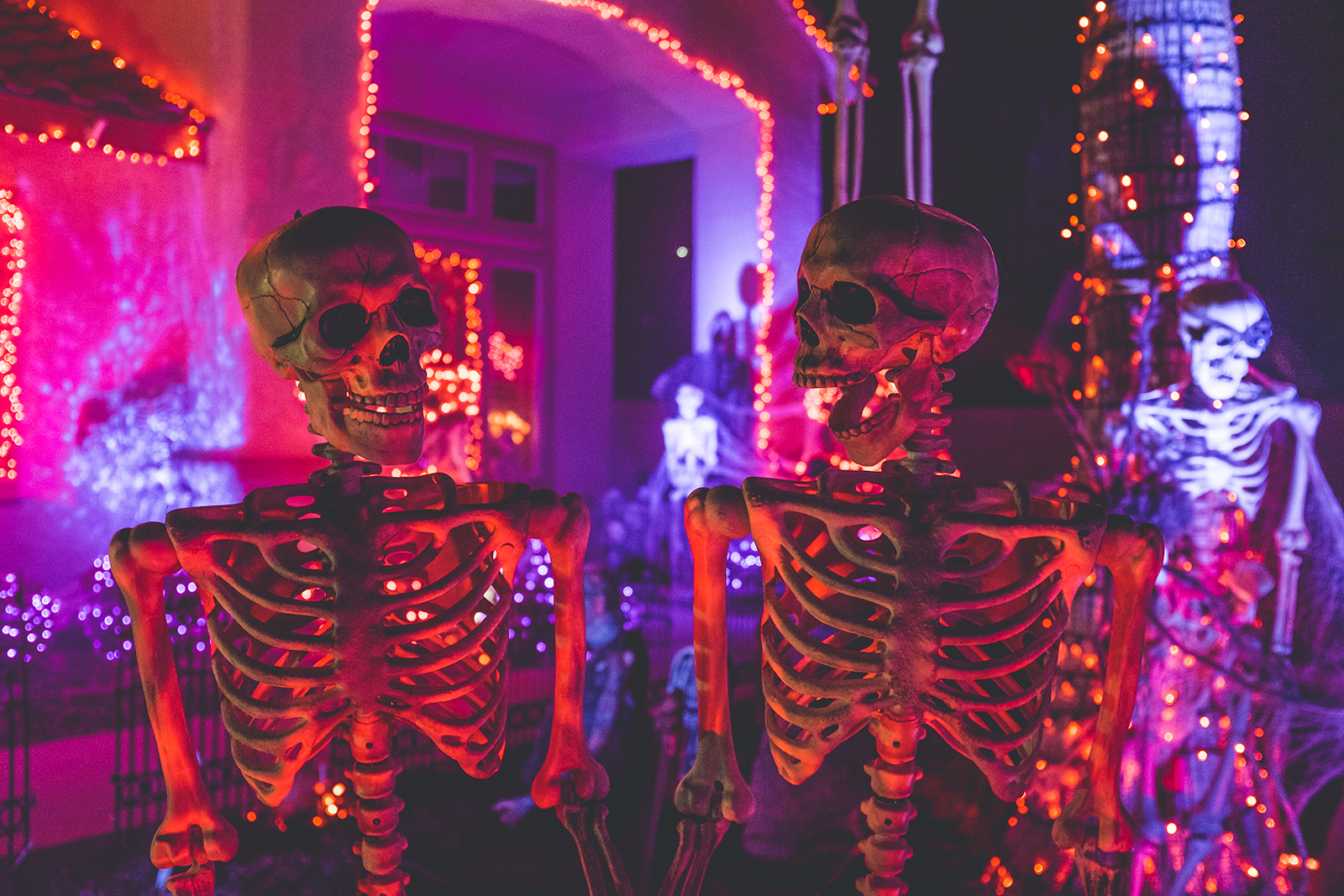 Haunted Hotels Around the World

You may or may not be a fan of Halloween in Australia but it’s hard to deny the holiday has become increasingly popular especially with children.

Halloween originated as the ancient Celtic festival of Samhain. People would dress up for the occasion to ward off ghosts before All Saints Day on 1 November. Followers of the Celtic religion believed that the barrier between our world and the world of ghosts, ghouls and spirits became thin at the end of summer and ‘All Hallow’s Eve’ would banish the evil spirits.

For those who enjoy your scary movies and ghostly stories will love this list of ‘haunted’ hotels you might be interested in staying at when you’re again allowed to travel around the world.

We would love to hear from you if you’ve stayed at any of these places or have your own ‘haunted hotel’ or ghost story to share.

Built in 1888 to encourage Western tourism and to sell train tickets, this chateau-style hotel sits pretty by the Rocky Mountains in Banff National Park. But the Fairmont gets a tad more Gothic once you get inside—and we aren’t talking about the architecture. Several ghosts have been reported as regulars, including a bride who supposedly fell down the stone staircase during her wedding. But there’s a less tragic spirit, too: Sam the bellman, who worked at the hotel until 1975 and claimed he’d come back to haunt the joint. His spirit supposedly pulls shifts helping people with their bags before disappearing. 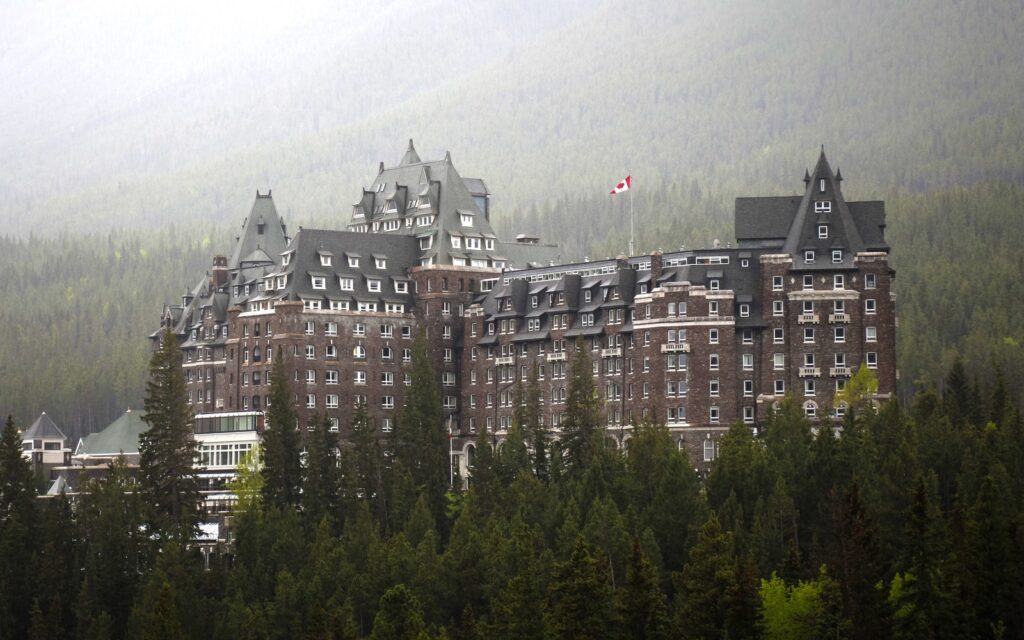 Taj Mahal Palace is a five-star hotel located in the heart of Mumbai, consistently voted one of the best hotels in India by our readers. Along with amazing views and interiors fit for a royal, one of the property’s more macabre claims to fame is its aura of mystery. According to legend, the building’s architect jumped to his death from the fifth floor after discovering the hotel was facing the wrong direction. His spirit now allegedly (and harmlessly) roams the halls, running into guests in the hallways and walking around the roof. 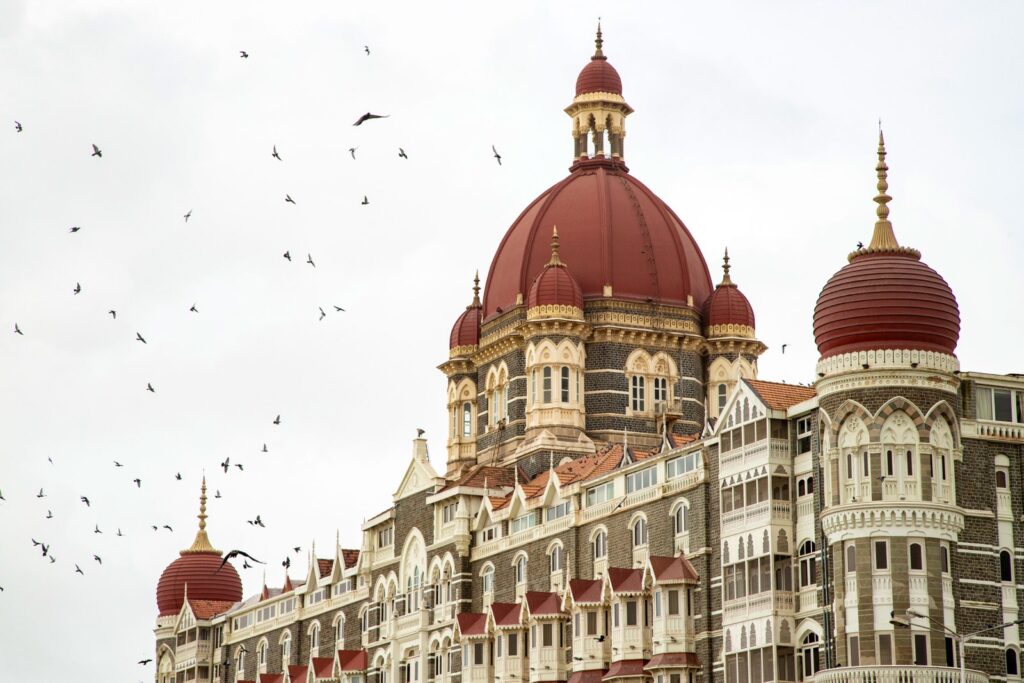 South Africa might be most famous for its game reserves, but it has its fair share of charming—and haunted—hotels. One such place is Lord Milner Hotel, located on the edge of the remote Great Karoo in Matjiesfontein Village. The town served as command headquarters during the South African War, as well as site of subsequent (and controversial) war crimes hearings. No surprise, then, that the Lord Milner Hotel has some paranormal activity going on. According to the hotel, there are a couple of ghostly guests who never seemed to check out, including “Lucy,” a negligee-wearing specter who makes noises behind closed doors from time to time. 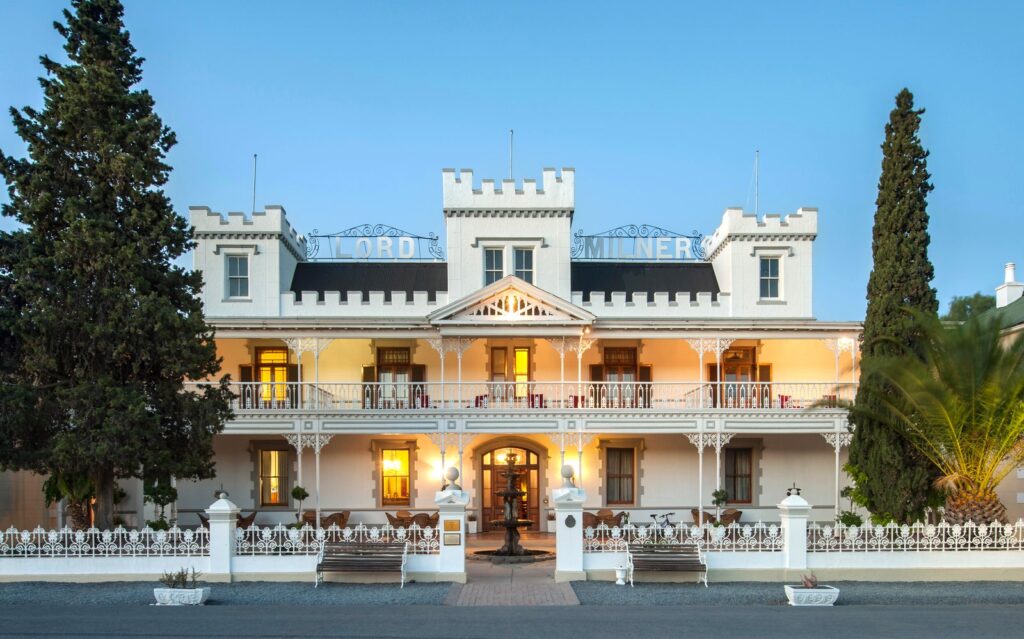 When a hotel is located in one of the world’s most haunted cities, you can kind of assume you’ll encounter a ghost or two if you visit. Such is the case with Hotel Kurrajong, a four-star hotel located nearby Canberra’s infamous Parliament House (yep, it’s haunted too). But unlike most haunted hotels, this one has a wandering spirit you’ll probably want to meet: former Prime Ministers Ben Chifley, who many consider one of the country’s best-ever PMs. Chifley died on the night of June 13, 1951, after suffering a heart attack in room 214, and his gray-suited ghost is known to appear in that same room from time to time. 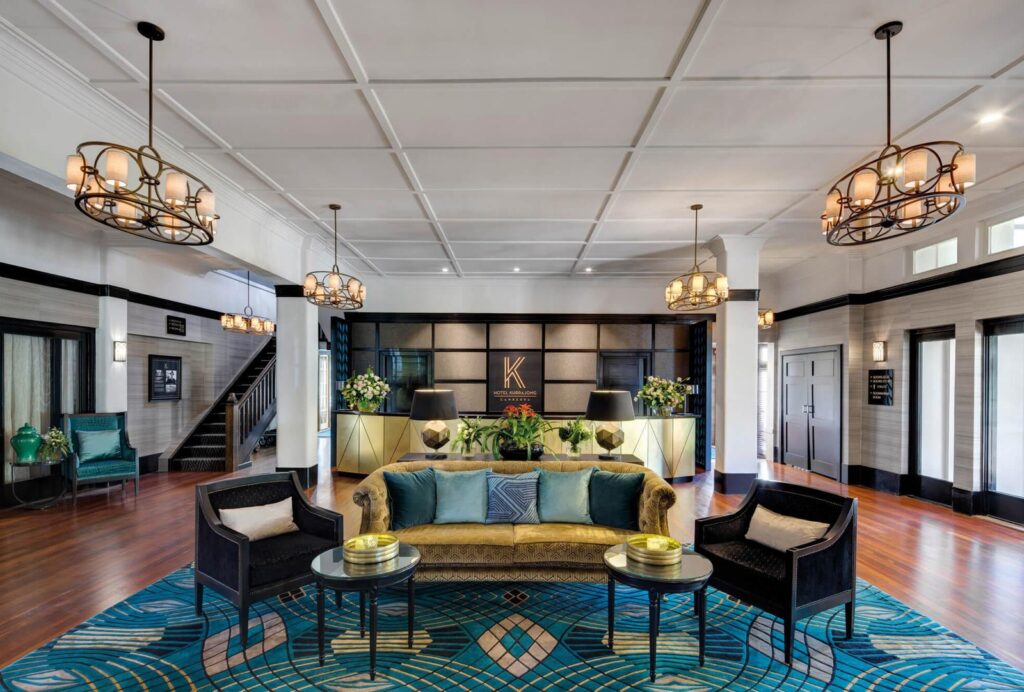 Located in the heart of Sydney, this boutique hotel offers individually designed rooms, comfortable beds, and even a ghost tour of the surrounding neighborhood of The Rocks. But guests might not have to leave the hotel to encounter a spirit or two. Room 8 of Russell Hotel is supposedly haunted by the ghost of a sailor, and staff members have reported sounds of mysterious footsteps over the building’s creaky floors. 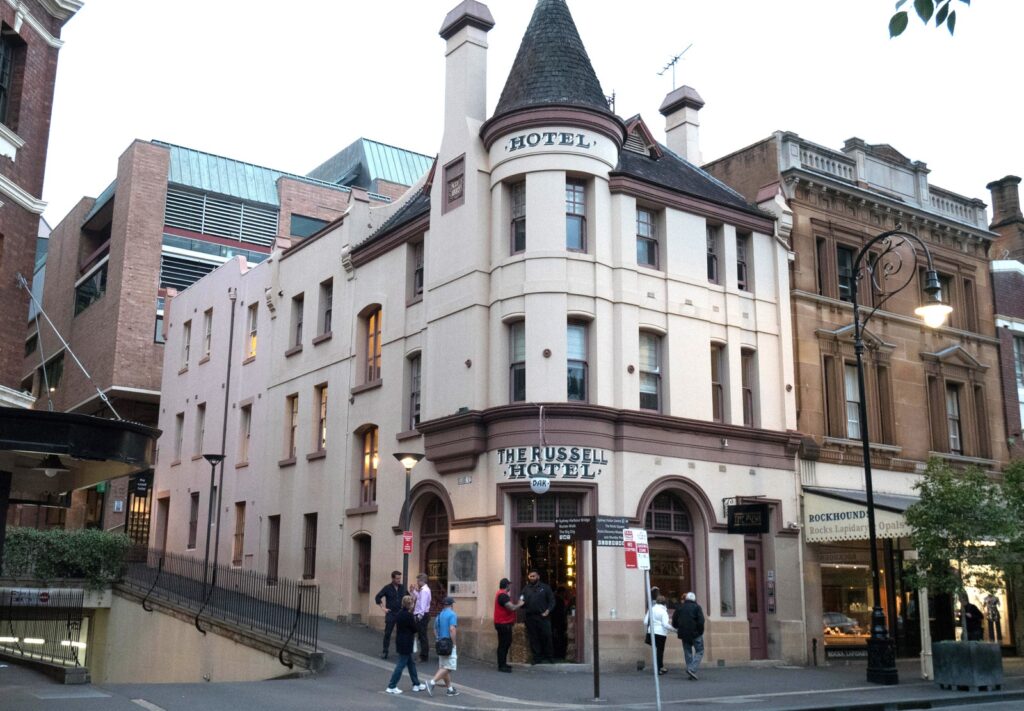 The spirits are so active at this 153-year-old hotel, they drove out several English national team cricket players back in 2014, who cited sudden heat and lights, and an unexplained presence during the night. Ghosts have long been associated with the tony hotel, says Visit Britain, and it’s thought to house elite spirits such as former resident Emperor Louis Napoleon III and a German prince who jumped to his death from his upper-level window. 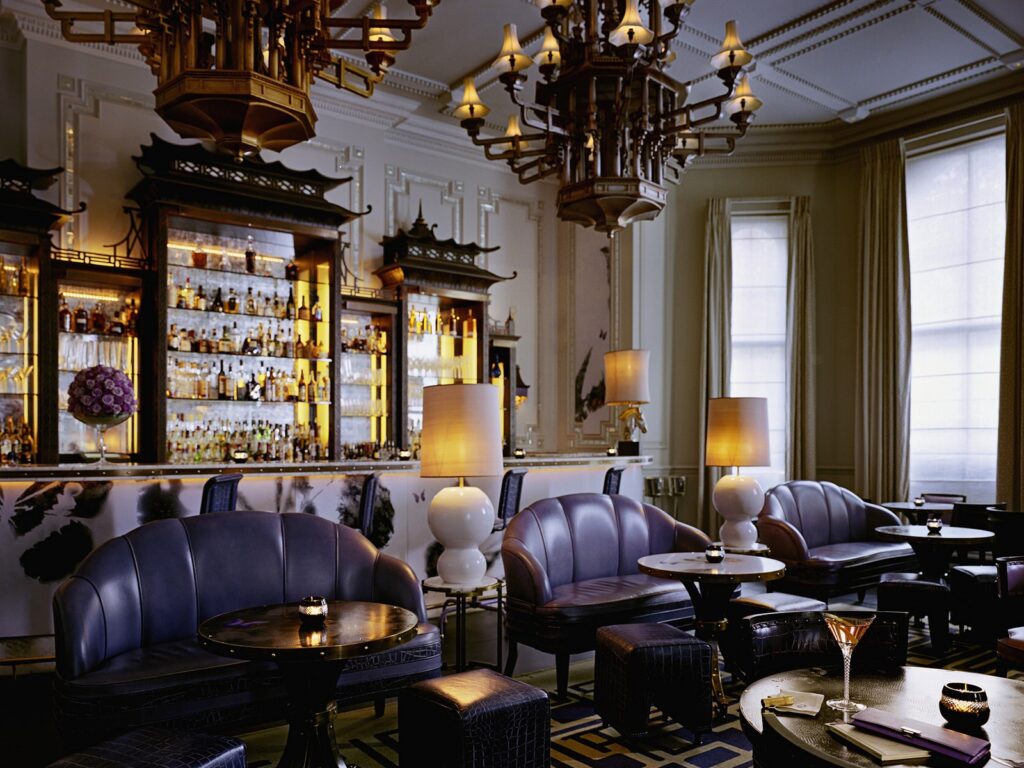 When it was built in 1890, this Victorian hotel in San Francisco served as an etiquette school for girls. It’s since been reborn as a 48-room hotel, although remnants of the building’s past life still linger. The ghost of Miss Mary Lake, the school’s late headmistress, is said to haunt the hotel, particularly room 410 (her former office). Guests who stay in that room might wake up to find their clothes have been unpacked, or the blankets closely tucked around them in bed. This ghost sure knows her etiquette, wouldn’t you agree? 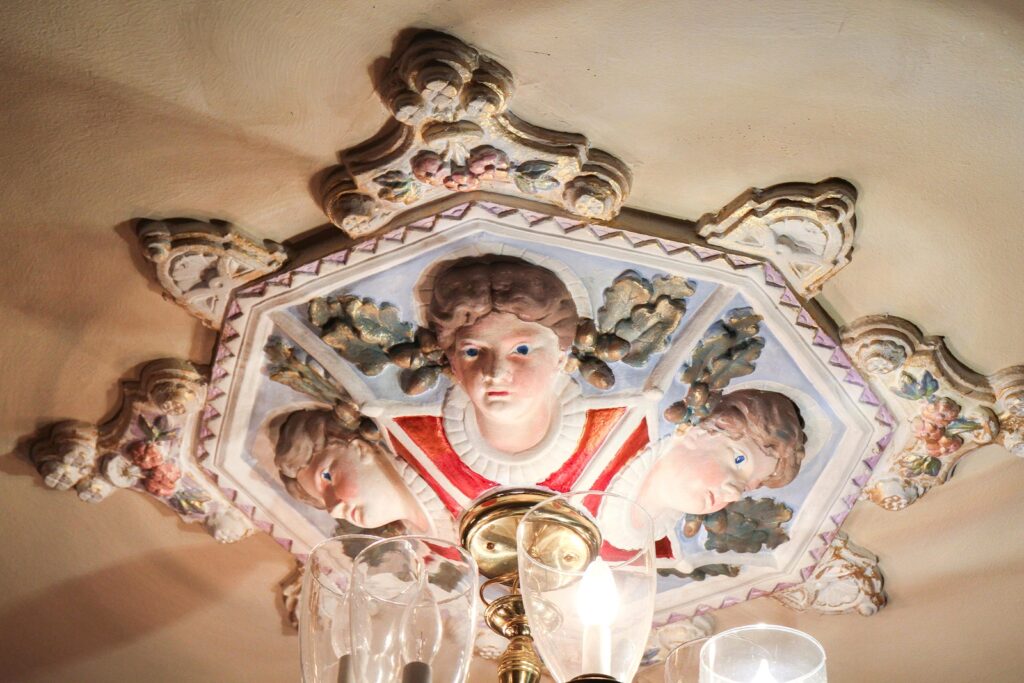 It’s hard to believe a hotel could be haunted and so pleasantly pink at the same time. But rumors of ghost sightings around St. Petersburg’s sprawling Don CeSar have persisted, and the story behind them is actually quite romantic. The hotel’s founder, Thomas Rowe, opened the hotel in 1928, and he and his true love Lucinda have been occasionally spotted walking hand-in-hand around the grounds since the 1970s. We dare say that’s as cute as the hotel’s facade itself. 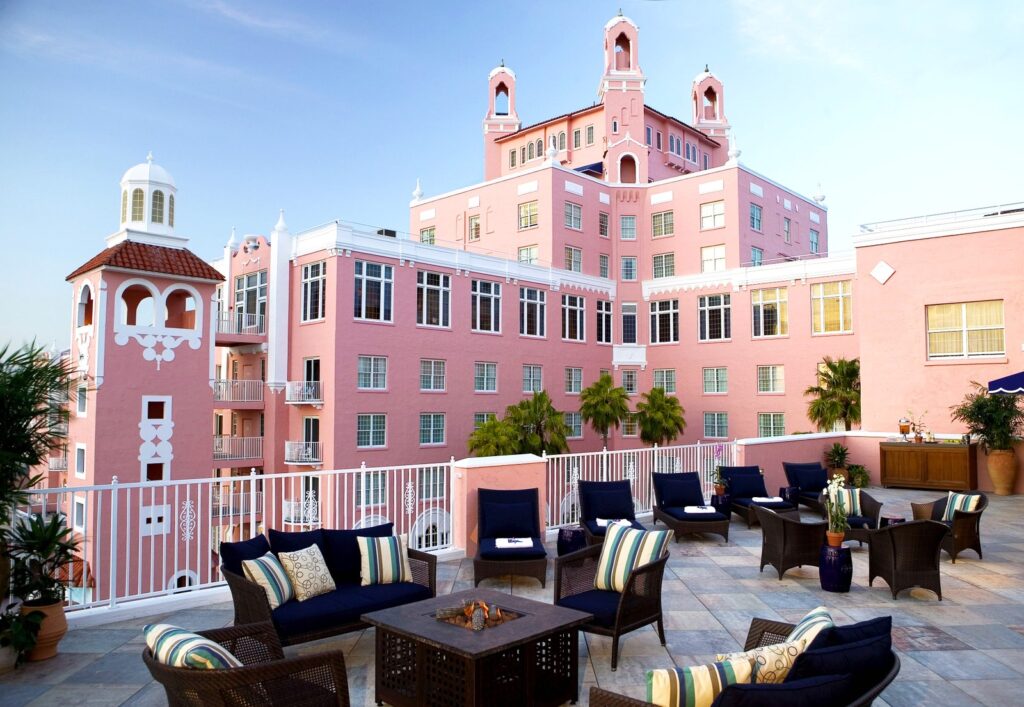 Located in France’s extremely scenic Loire Valley, Chateau de Marcay is a 15th-century castle that was converted into a hotel in 1973. The turreted chateau looks like something from a fairy tale—but as well all know, fairy tales usually have a bad guy or two. As the urban myth goes, one of the ladies of the Chateau de Marcay was actually a werewolf, and a farmer shot her by mistake after she transformed one night. The lady decided to stick around, apparently, as guests and staff alike have reported encounters with a ghostly woman dressed in white. 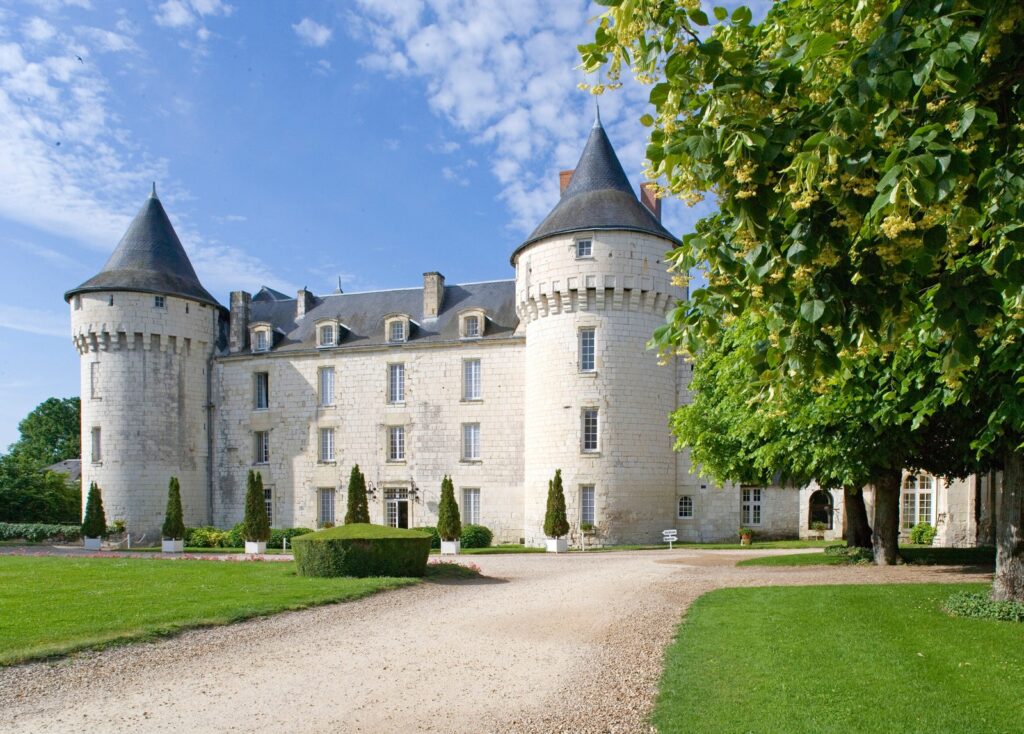 Mizpah Hotel opened in 1907 as one of Nevada’s first luxury hotels, complete with solid granite walls and Victorian-era decor, and it was fully restored in 2011. But the swanky hotel has a history as blood-red as its scarlet furnishings—one it proudly embraces. Legend has it that a woman who died on the fifth floor never really left the building. The “Lady in Red” now reportedly makes her presence known by whispering in men’s ears and leaving pearls from her broken necklace on guests’ pillows. The Mizpah plays up her reputation by letting visitors stay in the Lady in Red suite or order the Red Lady Bloody Mary at the hotel restaurant. 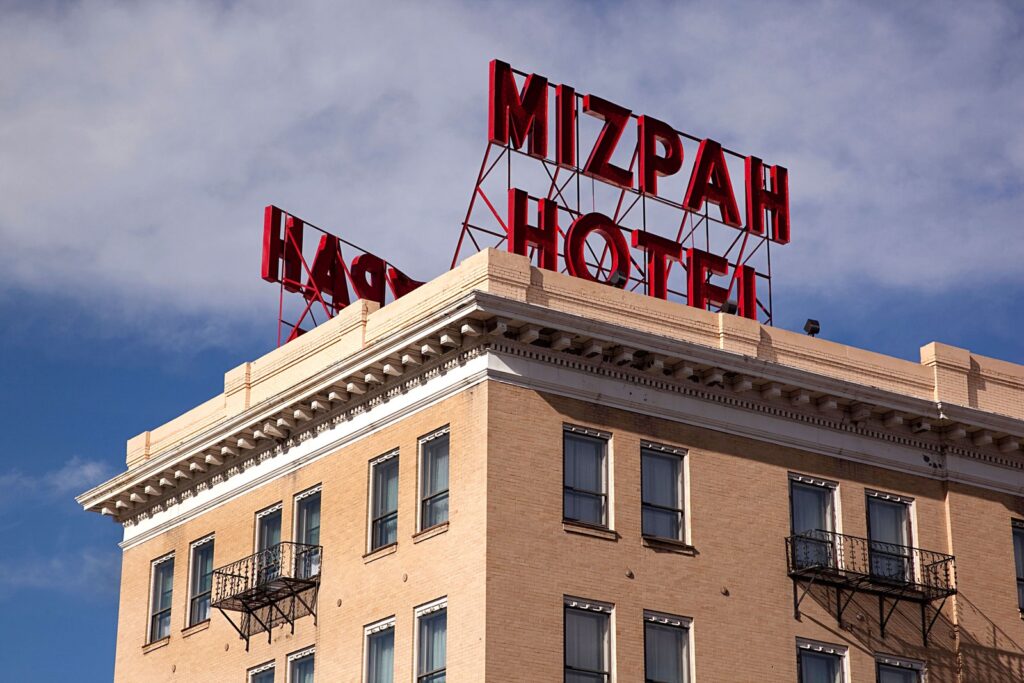